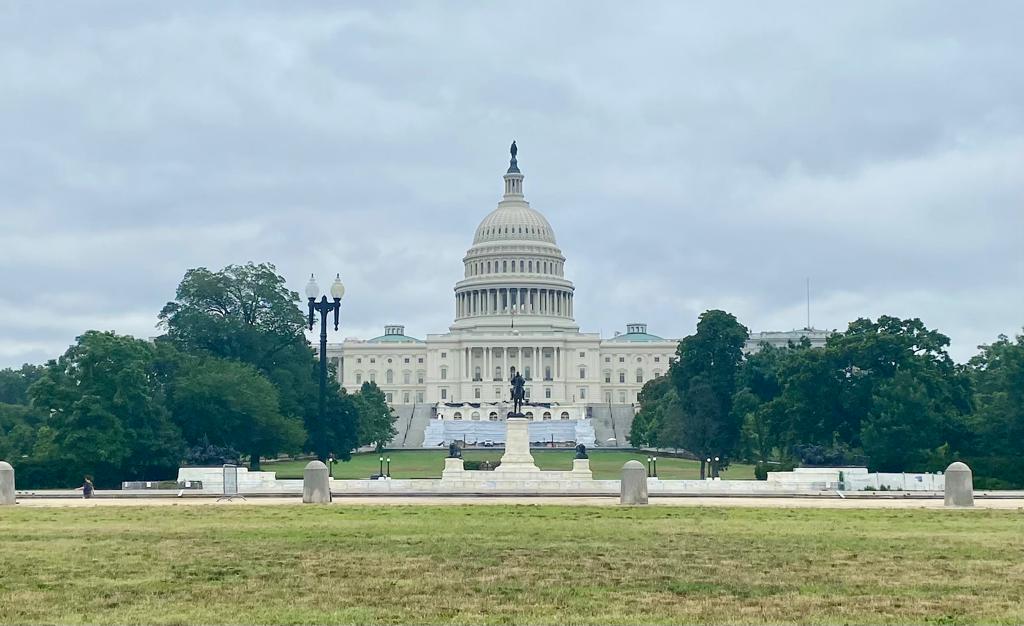 In the weeks since he won the U.S. election, President-elect Joe Biden has made it clear that he intends not only to rejoin the Paris Agreement—“on day one of my presidency”—but also to make climate action a focus across both domestic and foreign policy. That change in U.S. priorities, several energy and climate experts said, could help build back global momentum on climate issues and open up new opportunities for cooperation on clean energy and climate adaptation in Latin America and the Caribbean.

On a global level, having the United States back in the Paris Agreement will be a “crucial” step in changing the political dynamic on climate change, according to Marcelo Mena, a former Minister of the Environment in Chile who directs the Climate Action Center at Pontificia Universidad Católica de Valparaíso.

For one thing, he said, developing countries like China and India will no longer be able to use U.S. inaction as an “excuse” not to decrease their own emissions. “They’ll never pull their weight if the U.S. is not in,” he said in an interview with the Energy and Climate Partnership of the Americas (ECPA).

Mena, who participated in the negotiations of the international climate accord, said the Trump administration’s 2017 decision to withdraw from the nascent Paris Agreement made it harder to build momentum on climate. The U.S. position has also contributed to keeping international climate finance far short of where it needs to be, he said.

Despite that, five years into the climate agreement, the Conferences of the Parties to the United Nations Framework Convention on Climate Change have continued to take place and the Paris Agreement is “alive and well,” Mena said. But, he added, “so much more could have been achieved all these years had we had the U.S. strong leadership on climate.”

While rejoining the Paris Agreement is “a symbolically important first step,” the United States will also need to follow that up with concrete actions, Mena and Anders Beal of the Wilson Center wrote in a recent piece (“In search of climate action: The Western Hemisphere and President-elect Biden”).

In a joint interview, they pointed to Biden’s designated climate team—led by two top former officials in the Obama administration, John Kerry and Gina McCarthy—as a positive sign that the incoming administration means business. (See related story in this issue, “A High-Profile Climate Team.”) They also noted that Biden has announced he will convene a climate summit within his first 100 days in office.

The Summit of Americas, which the United States is slated to host this year, could provide another opportunity to start working with Latin America and the Caribbean to speed up the renewable energy transition, according to Beal, an Associate in the Wilson Center’s Latin American Program. “A lot of these countries have been pushing for ambitious action on climate change,” he said.

Racquel Moses, CEO and Director of the Caribbean Climate-Smart Accelerator, believes that the new administration should take clear, decisive steps early on to show that it is walking the walk on climate change. “I do think that there needs to be something tangible in the short term,” she said.

In the past few years, Moses said, having the United States heading in one direction and the rest of the world in another created a kind of “cognitive dissonance” and a distraction. Some countries pushed even harder to make the process work, while in other cases the attitude seemed to be, “If they’re not going to try, why should we try so hard, because this is difficult and expensive.”

“Having everybody on the same page makes a big difference,” Moses said.

In one sense, she said, having the United States back in the process will make it harder for smaller players’ voices to be heard on these issues, given that “the U.S. fills up any room that it’s in.” At the same time, she added, U.S. leadership is “absolutely critical.” She hopes that the incoming administration can use its influence to encourage underperforming countries to make the right kinds of decisions on climate change.

From the standpoint of the Caribbean Climate-Smart Accelerator—a coalition of 27 countries working to promote climate investments and create economic opportunities out of climate action—Moses envisions the possibility of partnerships to further shared goals. This might include investing in existing projects, creating new financial products to raise capital, or supporting U.S. entrepreneurs who have the potential to expand overseas.

“We are certainly going to be knocking on the doors of the Biden administration and talking about what are some of the policies we see that can be especially helpful,” Moses said, adding that it will also be important to hold the administration accountable to follow through with its commitments.

Across the region, the Biden administration should start reconnecting with stakeholders right away to rebuild relationships and reestablish partnerships on climate action, said Carolina Herrera of the Natural Resources Defense Council (NRDC), who manages the organization’s green finance and climate change efforts in Latin America. Biden’s familiarity with the region will be a plus, she said, though the new team will have to get up to date on changing markets and priorities. “The dynamics are always evolving,” she added.

Herrera co-authored a recent piece highlighting some of the positive steps Chile, Colombia, and Costa Rica have taken on climate in the past year, as well as some of the setbacks in Brazil and Mexico (“Latin America’s 2020 Climate Leaders and Laggards”). The authors urged the incoming U.S. administration to “put climate change front and center in its engagement with countries in the region to support the leaders as they advance on climate and to encourage the laggards to change course.”

In an interview, Herrera noted that U.S. support could take different forms—including financing, technical assistance, or capacity-building for research and development—and be implemented by different agencies, such as the International Development Finance Corporation or the U.S. Agency for International Development. A key feature of such support, she said, is that it must be targeted to each country’s priorities. “It can’t be something that is one size fits all.”

Expanding clean energy or building climate resilience can be incorporated into broader goals, Herrera pointed out. For example, in Mexico, where the government has made poverty reduction a priority, rooftop solar could help secure access to energy for low-income communities.

Likewise, she said, green investments in Central America could help that region recover economically from the effects of the pandemic and back-to-back hurricanes in November, and at the same time strengthen climate resilience. Nature-based solutions, such as promoting better land use and discouraging deforestation, could be part of this approach, according to Herrera.

People across Latin America tend to be on board with climate action, she said, because they already feel the impacts of climate change and recognize that it can set back countries’ development.

“Polls have shown that citizens view climate change as one of the key threats to the region,” she said. “Generally speaking, we do think that there’s an openness to different types of green investments and a green recovery, if the U.S. foreign policy is starting to lead with this.”

The U.S. government can build critical partnerships with a range of players—including government agencies, universities, and the private sector—to help other countries think more strategically about how best to meet their energy goals, noted Daniel Kammen, Professor of Energy at the University of California, Berkeley, and Chair of its Energy and Resources Group. He has personally provided this type of support, including technical training and grid modeling, in several Latin American countries, including as an ECPA Senior Fellow during the Obama administration.

One area ripe for such collaboration today is the integration of renewables and energy storage on a large scale, Kammen said. “It’s about gigawatt-scale clean energy, backed up with reliable hydropower or with energy storage, depending on where the economy is. For those things, a trusted partnership with the U.S. is critical, because many of those technologies are not being manufactured in Latin America,” he said.

Countries like Argentina, Brazil, and Mexico are well-positioned to become major manufacturers of renewable energy equipment, but even countries that import solar panels or wind turbines stand to see jobs added in such areas as financing, installation, and management, Kammen said.

He believes that U.S. federal spending on the energy transition—projected to reach $2 trillion in the next four years—will stimulate significant job creation both in the United States and abroad and spur even more investment by the private sector. “They’ve been waiting for clarity on climate policy for a long time,” he said.

The potential benefits to the region will extend well beyond sustainable energy, according to Kammen. “It’s much more about good commerce in the Americas, and I think that we’re going to see that under the State Department,” he said.

Anders Beal of the Wilson Center expects the Biden administration to make a “huge push for commercial diplomacy” in the region—in part to ramp up competition with China, with has made significant inroads in such areas as electric buses, but also to open up more market opportunities for U.S. exports.

China’s massive investments in the region have raised other security concerns, Beal said—such as access to lithium resources, which are critical for use in electric vehicles and clean energy storage. “It’s not just economic relations, it’s a security-based approach to looking at how South America, particularly, can play an active role in helping to shape our own energy transition in the United States,” he said.

Several of the experts interviewed stressed the importance of ensuring that the energy transition creates good jobs and improves people’s lives.

In some circles, Mena said, climate change is seen as “a rich person’s problem,” when in reality low-income people tend to suffer its worst effects. People with plenty of resources may lose some possessions in a hurricane, but the poor stand to lose everything they own.

Just as the Covid-19 pandemic has disproportionately hurt the poor, “climate change will replicate those same inequality structures,” Mena said. That makes it essential to address adaptation issues, he said, adding, “Fighting inequality is one of the best ways of adaptation that we could have as a response to climate change.”

Despite political polarization in the United States, Beal and Mena believe it is possible to find common ground on such measures as promoting energy efficiency, establishing weatherization programs, increasing manufacturing of electric vehicles or wind turbines, or investing in more-resilient infrastructure for farmers in the Midwest.

Such steps, which would have a “huge multiplier effect” in the economy, “should all have bipartisan support during a time where we’re really in an economic crisis right now,” Beal said. It’s also important, he stressed, to develop robust workforce training and development plans to support workers who are displaced by new technologies.