Happiness a tool for sustainable development

Through the promotion of happiness is possible to contribute to the sustainable development of cities. This means a positive impact in the mental and physical state of human beings. Through a 3 blog post series we will showcase some successful cases related to planning, transport and food consumption. These posts aim to inspire readers to implement new habits as tools to foment sustainable development in the Americas. This first post will look into initiatives that are considering new spaces for conducting activities​ in the cities.

The concept of happiness for the cities

According to this concept cities should be designed to make life more enjoyable. In order to achieve this we must ensure citizens have access to open air areas such as parks, rivers and natural light.

For that reason, Charles Montgomery on his book, Happy City, describes an optimal city as a place surrounded by green areas where clean air is the guarantee of tomorrow’s life. Happiness can mean different things for each individual, in this post we will focus on the report supported by the United Nations related to happiness. The UN report analyzed six variables to measure happiness in countries with the aim to establish a world ranking among them. The variables used for this research included: GDP per capita, social support, healthy life expectancy at birth, freedom to make choices, generosity and perception of corruption. On this world ranking, only one country in the Western Hemisphere​made the top 10 and five countries in the Americas made the top 20 Ranking of Happiness.

The priority should be that citizens feel the city belongs to them. An example of this ownership was implemented in the early nineties by local government officials of the city of Bogota with an initiative named “Ciclovia.” This initiative was designed to give the city back to its inhabitants by promoting the closure of the main street every Sunday for exercise. A total of 121 kilometers were enabled for the benefit of approximately two million citizens. This effort allowed citizens of Bogota to leave their cars behind and enjoy the city by walking, running, skating or riding a bike. The success of this innovative program allowed other organizations and cities to implement this effort throughout the continent, some examples can be found in: Brazil, Costa Rica, Mexico, Peru and the list goes on.

Another great example on how happiness can be a key pillar for sustainable development was done in the city of Groningen, The Netherlands. This city in Europe got the best result in the perception of quality of life survey done by the European Union. It is important to note that the city of Groningen is known for its strong policies for protecting the well-being of pedestrians and cyclists. This effort corresponds to the fact that 94% of survey respondents said that they are very satisfied with the public areas in their city. Citizens are more willing to take advantage of outdoor activities during the day if public spaces are available for leisure and cultural activities. 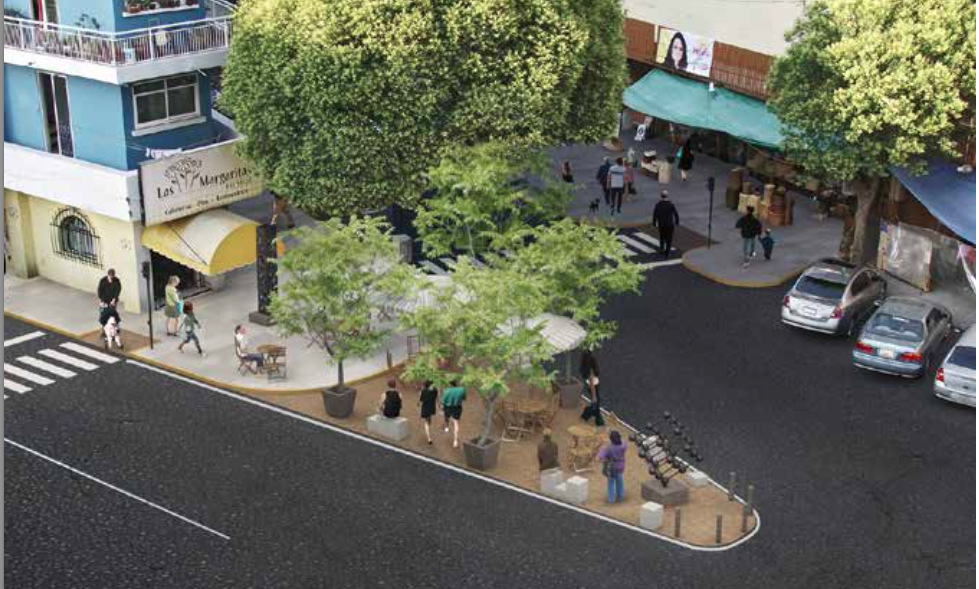 ECPA Urban Planning Initiative implemented by the American Planning Association (APA) collaborated with the EMBARQ team to improve public spaces in Mexico City. The creation of public spaces generates a sense of ownership in the inhabitants, which results in social, economic and environmental benefits. These efforts in turn improve the mental and physical health of citizens by creating more recreational spaces while promoting a new paradigm of city development.

Happiness in the city, means providing citizens with public spaces for recreation. Places that serve as meeting points, where society can enjoy fresh air, a sunny day and clean water. While happiness means something different for each person, we conclude that actions that promote a positive emotional state and well-being could translate in pushing forward sustainable development efforts. We must not forget that every change begins with our own actions, let’s enjoy our cities and take advantage of our public spaces.

Industrial designer from Pontificia Universidad Javeriana, with experience in innovation and creative process for city development. He has worked in both the public and private sector in Colombia, Trinidad and Tobago, Argentina and The United States. Currently, Jaime is doing his Masters in Transport and Planning at Cardiff University in the capital of Wales.  His research is about the relationship between the perceived happiness as a vehicle for the sustainable development.