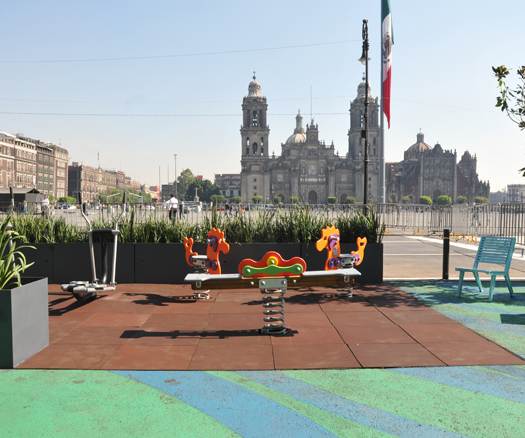 Throughout Latin America, life has gathered around public space in cities. Public spaces have served as focal meeting points, religious ceremonies, public markets, and transit. Spanish redesign maintained the tradition of public spaces, and for over five centuries, plazas and parks have served as integral parts of city life. The local government in Mexico City established the Public Space Authority (AEP), an institution focused on planning and managing varied open spaces in the city. Recently renovated plazas in Mexico City are beautiful- yet many communities don’t have close access to those areas. AEP is focusing on strategies that include renovations for small public spaces all over the city. Involving local communities is AEP’s priority. The solution “Public Park Strategy” focuses on the creation of public spaces, but in such a large city, the community should be involved.

CTS-EMBARQ was the recipient of the APA ECPA grant in 2012. The grant is for a pilot project that sought to create pocket parks throughout the city. The design process has been guided by a set of tools based on Human Centered Design (HCD), a method which begins with the people that will use the design. Impacts, needs, and desires of the community are first identified, and the community is consistently engaged. Early community involvement has shown to save money and time and be more sustainable becauseof:

-Ideas:  No one knows the community better than the community members, and therefor their ideas will be the most valuable
-Money:  Various HCD projects show simple, straight forward solutions that involve little resources

-Time:  Since the community created the solution, it can be implemented quickly

-Democracy:  Everyone in the community has an equal voice and their opinions will be considered

-Sustainability:             Community involvement involves a sense of pride and responsibility in projects, and with it,​a vested​interest to continue to see the effects

Moving Forward
EMBARQ Mexico and APA hosted a two day HCD workshop for stakeholders, which included technical, legal, and community experts from Mexico City Delegations. Examples were shown of  successful HCD projects from all over the world. The most important thing shared with participant was HCD tools and activities that they can adopt for their own use.

The final deliverable for the grant is to be a toolkit for community participation in small scale urban projects. Public Park Strategy has so much potential in Mexico City, and encourages sustainability through the network of small public spaces. 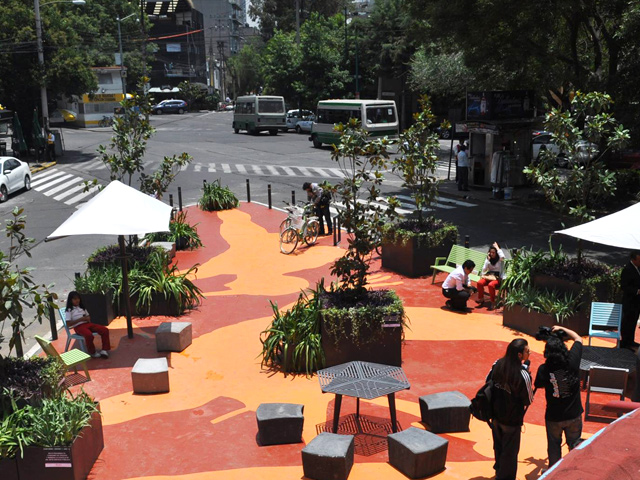 About the original authors: Katalina Mayorga is a contractor with APA working on ECPA II as the project coordinator for the CTS-Mexico grant. Claudio Sarmiento is the CTS-EMBARQ project lead for the ECPA II grant that was awarded to them in 2012.