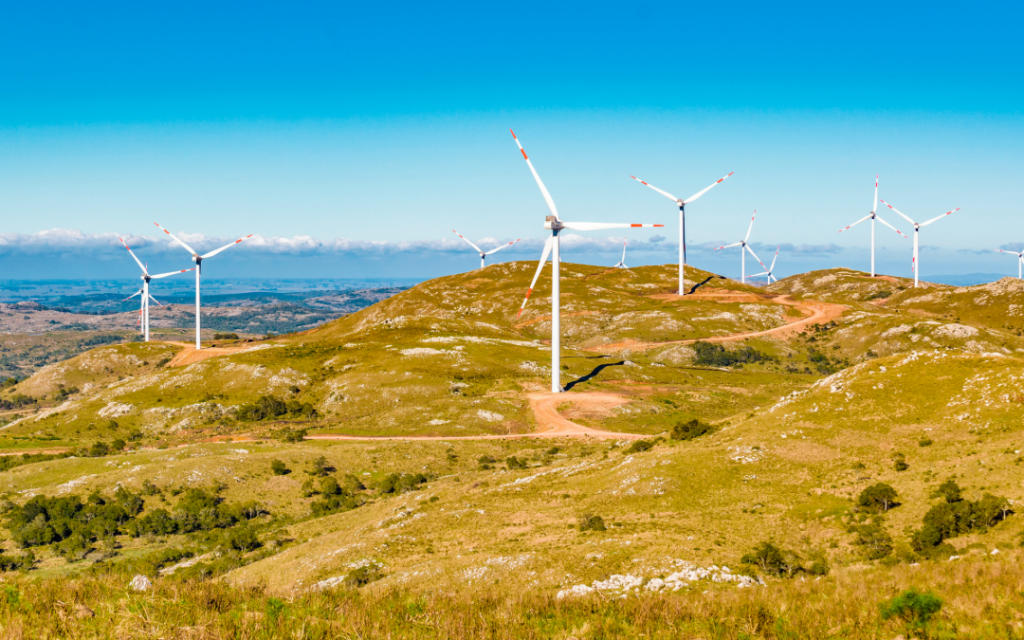 The transition to clean energy is happening, but not without some setbacks along the way, according to high-level energy officials from four countries, who spoke at an event organized by the Energy and Climate Partnership of the Americas (ECPA).

The event, titled “Strategies to accelerate the energy transition in Latin America,” featured officials from Chile, the Dominican Republic, Panama, and Uruguay, who shared some of their countries’ successes and difficulties and talked about global energy challenges. 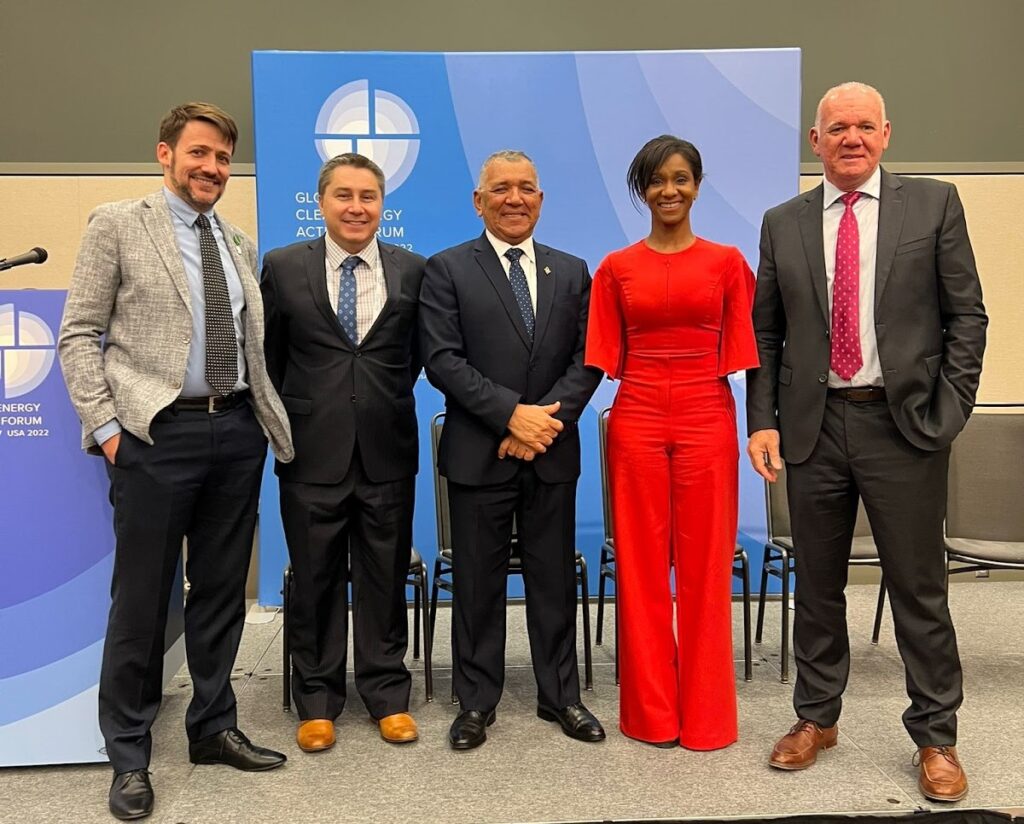 Despite all the progress many countries have made on renewable energy, the Russia-Ukraine war has underscored how dependent the world continues to be on fossil fuels, said Walter Verri, Deputy Secretary of Uruguay’s Ministry of Industry, Energy, and Mining.

“We have to make much faster progress,” he said. “We have lost a lot of time. We could have created far more robust systems for generating renewable energy, and yet a new war has shown us that we still have a long way to go and that we are very fragile and that today the world is again going backward and that the goals we had we are not able to meet because we have to resort to the use of fossil fuels and that this is a reality that is hitting us hard.”

For the Dominican Republic, which relies heavily on fossil fuels for its energy needs, the volatility in international prices for coal and natural gas “has created an energy calamity, basically,” said Rafael Gómez Del Giudice, Deputy Minister of Energy in the Ministry of Energy and Mines. He noted that the problem of seesawing fuel prices started about a year ago but has worsened since Russia’s invasion of Ukraine.

As Gómez spoke, the Dominican Republic was dealing with another kind of disaster: the fallout from Hurricane Fiona, which had hit the eastern side of the country earlier in the week, downing some transmission and distribution lines and leaving areas without electric power.

“We have to keep walking and running, regardless of the Fionas that may come, because that’s the good thing about human beings, that they know how to recover,” Gómez said. 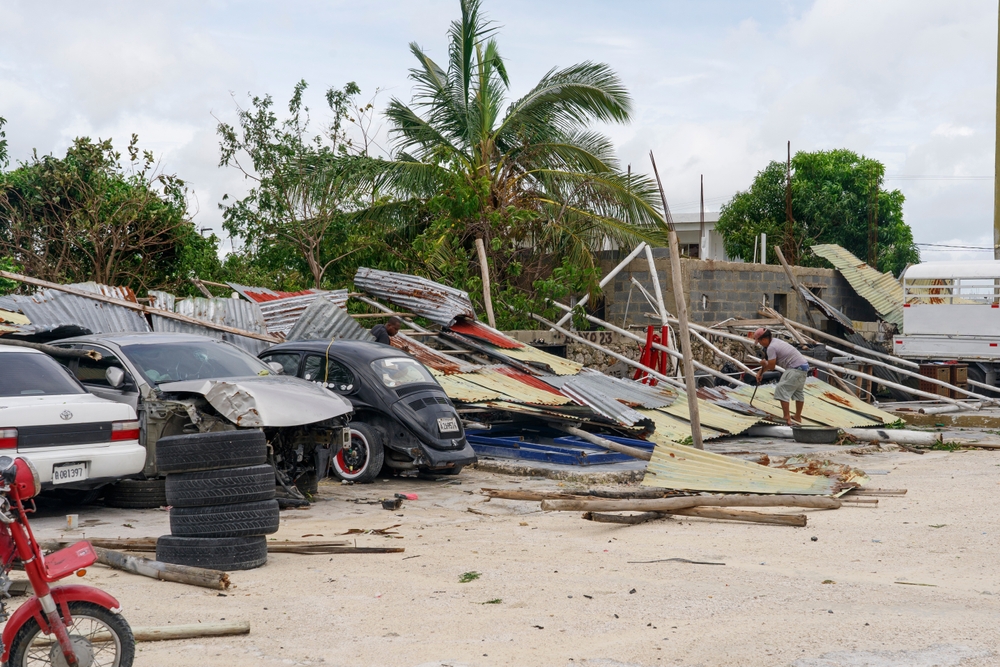 Hurricane Fiona devastated parts of the Dominican Republic in September of this year.

Currently, the Dominican Republic is working to reduce its dependence on fossil fuels and facilitate investment in renewable energy, including wind, solar, and biomass, Gómez said. “Our main objective is to ensure a reliable supply of energy at competitive prices and in conditions of financial [and] environmental sustainability,” he explained.

The ECPA event was held on the sidelines of the Global Clean Energy Action Forum, which brought together more than 6,000 participants from the public and private sector, academia, philanthropy, and civil society to focus on how to accelerate innovation in clean energy. The forum was hosted by the U.S. Department of Energy and held September 21-23 in Pittsburgh, Pennsylvania.

In his remarks at the ECPA side event, Chilean Energy Minister Diego Pardow talked about his country’s ongoing efforts to decarbonize its economy, including by phasing out coal-fired power plants and expanding its production of renewable energy. In 2021, he said, Chile added 4.5 gigawatts (GW) of solar and wind capacity to its energy mix, an increase of 75%. 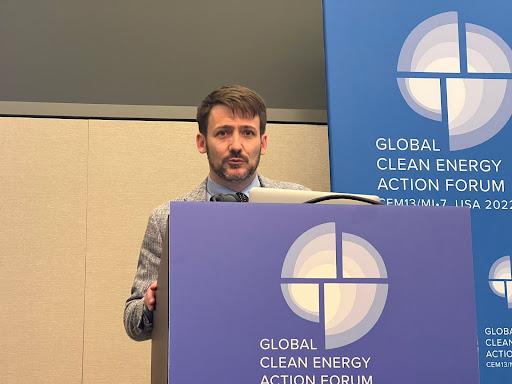 Ensuring a just transition is part of Chile’s energy strategy, and the shutdown of coal-fired plants has created challenges in places where the local economy depended on them, Pardow said. So far, he said, the government has been better at addressing the needs of the plant workers who lost their jobs than at addressing the broader needs of the “business ecosystems” in the affected communities, adding that this is an issue the authorities are continuing to work on. (A week after the ECPA event, two more coal-fired plants went offline in Chile, bringing the total to eight so far.)

Reducing its dependence on coal has helped Chile stabilize its greenhouse gas emissions in the past five years, after more than two decades of steep increases, Pardow said. But, he added, the country has not yet managed to actually cut its emissions, largely because the rise in the number of vehicles on the road has offset any gains.

“I think that as a country, we have been very successful in developing renewable energy. We are not yet capable of reducing our levels of emissions,” he said. 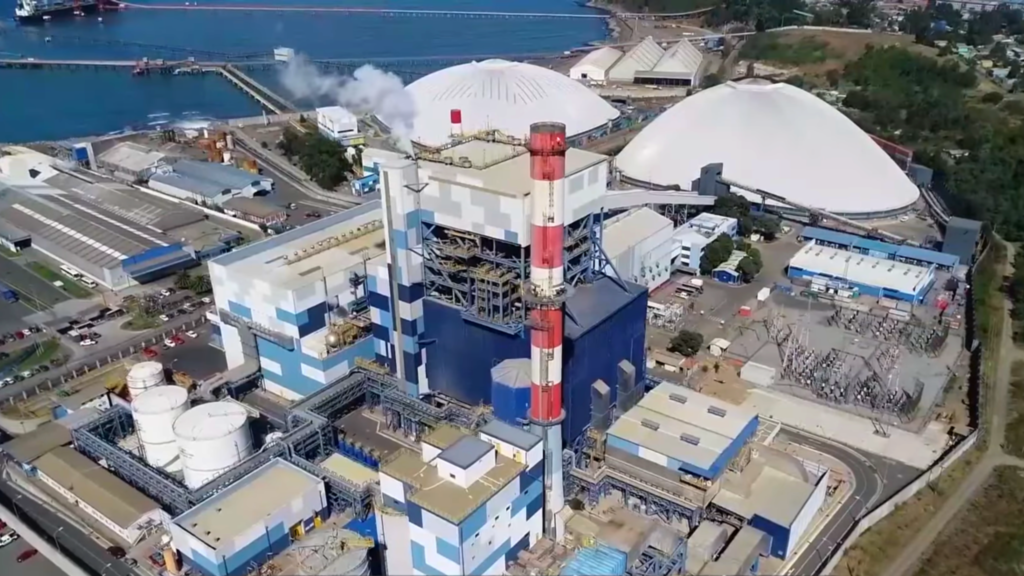 On September 30, the energy company ENEL shut down the Bocamina II Power Plant in Coronel, Chile.

Green hydrogen—hydrogen produced from renewable sources—is a key part of Chile’s decarbonization strategy for the future, and many other countries in the region are also seeking to develop that nascent industry. (See related story in this issue.)

Panama, for its part, wants to leverage its geographical advantages to become the “transformational hub of green hydrogen,” said Rosilena Lindo, the country’s Deputy Energy Secretary. She said the plan is to build the infrastructure needed for hydrogen storage and to offer low-carbon logistics services for transporting green hydrogen and green ammonia through the Panama Canal.

In November 2020, Panama approved a comprehensive, 10-year agenda with guidelines for carrying out the energy transition, and the country is moving forward to implement them, in collaboration with the private sector, groups of young people, seniors, and other segments of society, Lindo said. In the last two years, she said, Panama has seen strong growth in distributed energy, solar power capacity, and electric mobility.

“What does this mean? Things are changing,” she said. “The population is also very willing to participate in this process.”

One priority for Panama, Lindo said, is to provide access to energy for about 93,000 families who still lack electricity or sustainable cooking fuel. Funding will come not only from the government budget and international assistance, she said, but from a fund set up to capture savings from energy efficiency and other measures.

The Panamanian official said that as part of this effort, the government is working to empower communities, helping them acquire the skills they need to install renewable energy systems and operate mini-grids through energy cooperatives. 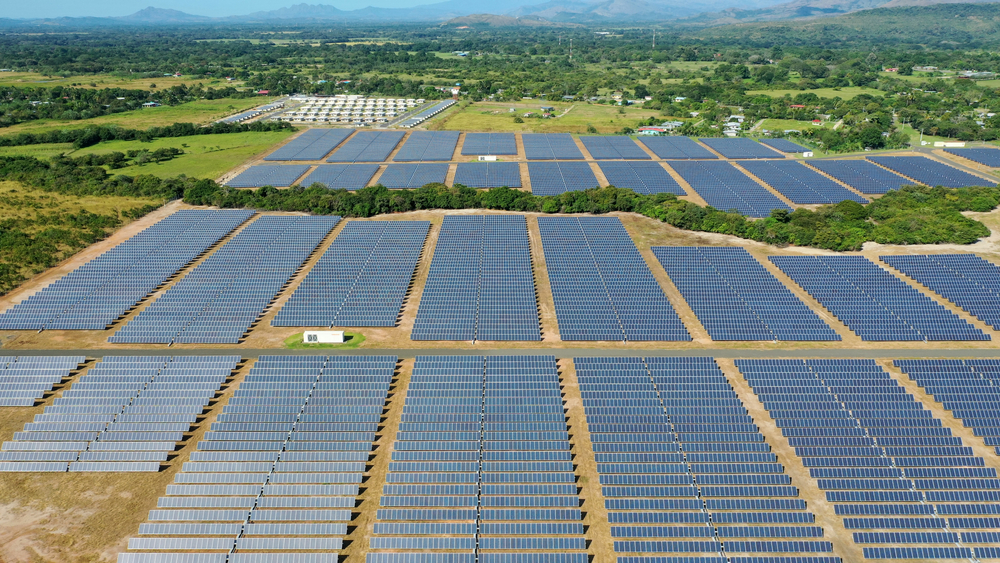 A solar farm in Coclé, Panama.

Uruguay, for its part, has been pursuing a renewable energy agenda for more than a decade and today, 97% of its electricity generation comes from renewables, nearly half of that from hydroelectric power and the rest largely from wind and solar energy, according to Deputy Secretary Walter Verri. In the past, he said, electricity generation was largely centralized in thermal and hydroelectric power plants located in the southern part of the country; now, solar and wind farms can be found across the country.

“And that decentralization has also brought investments, development, a work force, wealth for these regions,” he said.

Although the country is not known for having extraordinary wind or solar resources, its geography enables these renewables to complement each other effectively, and Uruguay has become an exporter of electricity to neighboring Brazil and Argentina, Verri said.

Uruguay’s renewable energy resources, he added, have potential for the production of green hydrogen, which he said could help the country further its industrial development, reduce its vulnerability to oil and gas prices, save foreign exchange reserves, and become more energy-independent.

Verri said the region as a whole should continue to build on a strong track record in renewable energy as it explores the potential for green hydrogen.

According to the International Renewable Energy Agency (IRENA), more than 60% of Latin America’s power generation capacity is from renewables, and renewable energy accounts for more than a quarter of the region’s primary energy supply, “among the highest shares of renewables in the world.”

The region’s wealth of renewable resources is a gift from nature, Verri said, one that “we must know how to use to our advantage and strengthen.”

Cover Image: A wind farm on the outskirts of Maldonado, Uruguay.