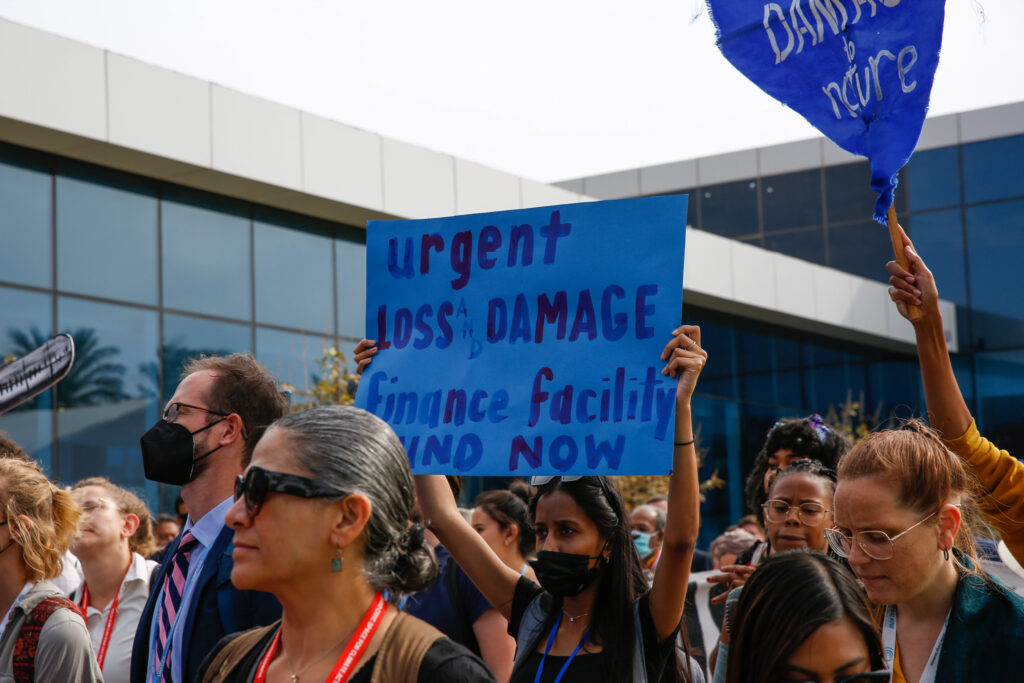 One major problem: the cost of capital. Countries in the Global North typically borrow at interest rates of between 1% and 4%, while those in the Global South pay as much as 14%, noted Prime Minister Mia Mottley of Barbados, a leading voice on the climate finance issue.

She called for revamping the global financial system to make it fairer and finding innovative ways to expand the funding available for climate action “from billions to trillions,” as she put it.

In September, Barbados released a proposal—known as the Bridgetown Initiative, after the country’s capital—to provide emergency liquidity to countries, boost multilateral lending, and develop new mechanisms to accelerate private investment in the low-carbon transition.

The Barbados proposal drew considerable attention at the most recent Conference of the Parties to the United Nations Framework Convention on Climate Change (COP27), which took place November 6-20 in the Egyptian city of Sharm el-Sheikh. 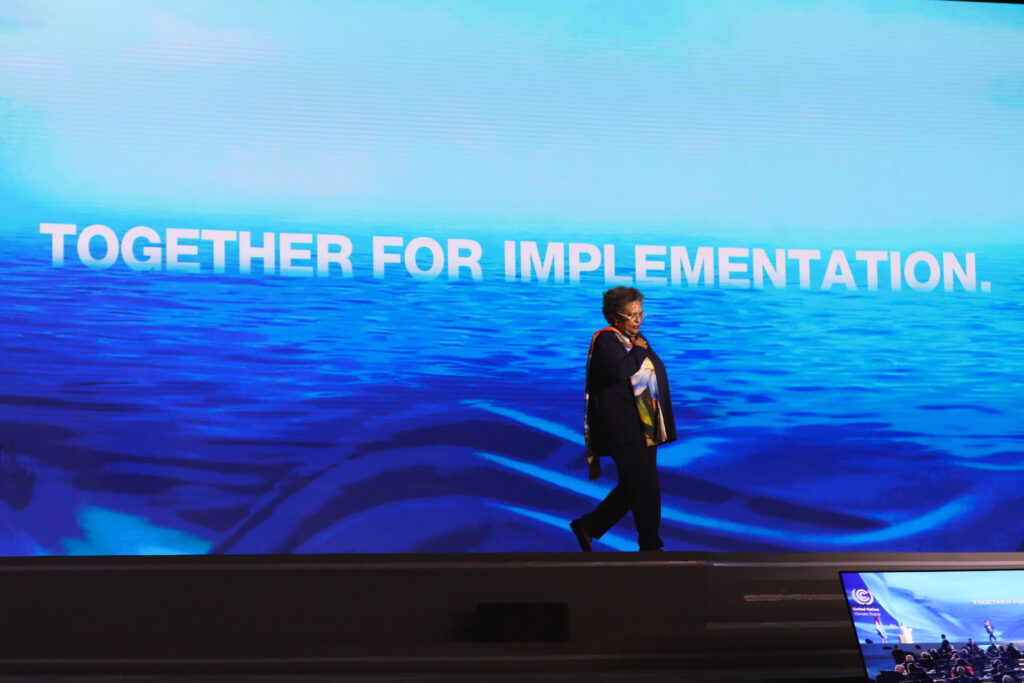 In her remarks at COP27, Prime Minister Mia Mottley of Barbados stressed the need to reform international financial institutions in order to bring about climate justice. Credit: Kiara Worth / UNFCCC

French President Emmanuel Macron singled out Mottley’s ideas and said he would work with her to set up a high-level group to develop recommendations, by spring of 2023, for changing the rules of the game for climate finance. “We cannot afford to wait for the next COP,” he said.

The question of how to pay for climate action is hardly a new one, but the issue seems to be gaining momentum—understandably, perhaps, given the urgency of the global energy transition and the potential size of its price tag. A report published this year by the United Nations Environment Programme, called The Closing Window, offered one estimate:

A global transformation from a heavily fossil fuel energy-dependent economy to a low-carbon economy is expected to require investments of at least US$4–6 trillion a year, a relatively small (1.5–2 per cent) share of total financial assets managed, but significant (20–28 per cent) in terms of the additional annual resources to be allocated.

Although the global financial system is sufficiently large to close funding gaps, the report added, “there is a qualitative mismatch between available and required types of capital.”

Meanwhile, the world’s developed countries have yet to meet a longstanding commitment—made in 2009, in Copenhagen—to jointly mobilize $100 billion per year in climate finance for developing countries by 2020.

In his remarks at the climate conference, Macron said that $82 billion had been committed to date. He stressed the need for developed countries to fulfill this pledge so as not to further erode trust between the Global North and the Global South. 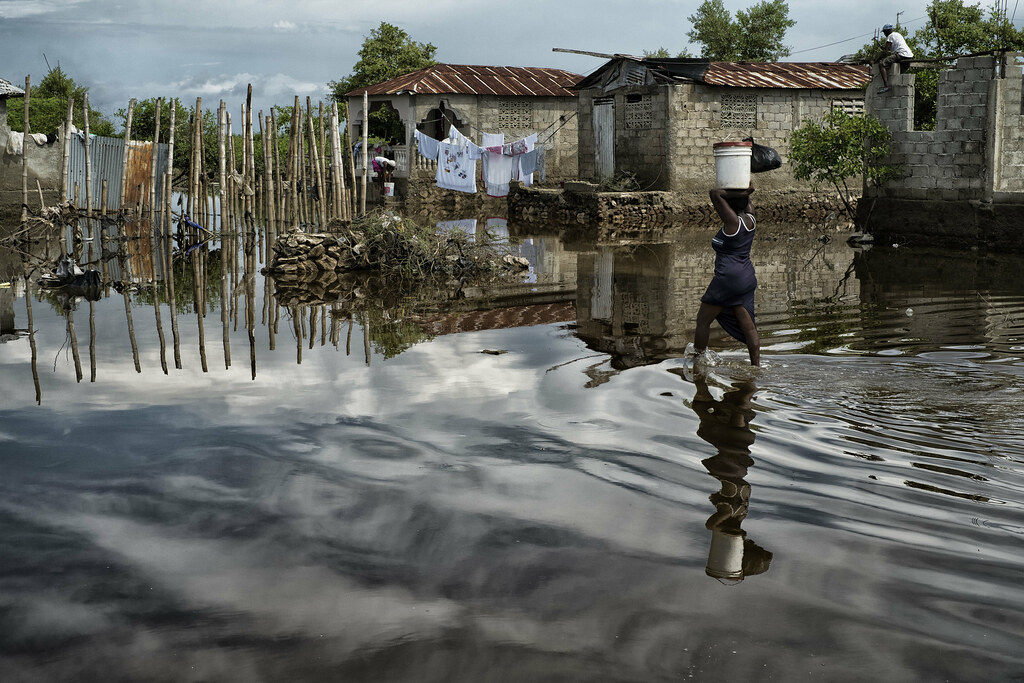 Governments agreed to set up a fund to cover loss and damage for countries hit by climate-related disasters, such as this severe flooding several years ago in Cap Haïtien, Haiti. Credit: UN Photo/Logan Abassi

COP27 did reach agreement on one perennial sticking point: the need for “loss and damage” funding for vulnerable countries hit by climate-related disasters.

Governments agreed to establish new funding arrangements and a dedicated fund for loss and damage, and to set up a “transitional committee” to make recommendations on how to put the fund into operation at COP28 in 2023, according to a UN press release. The first meeting of the transitional committee is expected to take place in the first quarter of 2023.

Simon Stiell of Grenada, who in August was appointed Executive Secretary of the United Nations Framework Convention on Climate Change (UNFCCC), hailed the agreement at the close of the conference.

“We have determined a way forward on a decades-long conversation on funding for loss and damage—deliberating over how we address the impacts on communities whose lives and livelihoods have been ruined by the very worst impacts of climate change,” he said.

In his closing remarks, UN Secretary-General António Guterres welcomed the decision to establish a loss and damage fund. “Clearly this will not be enough, but it is a much-needed political signal to rebuild broken trust,” he said.

Climate justice should also entail several other steps, Guterres said, including making good on the $100 billion per year commitment for developing countries; developing a “credible roadmap” to double finance for climate adaptation; and changing the business models of multilateral development banks and international financial institutions so that they “accept more risk and systematically leverage private finance for developing countries at reasonable costs.”

In his remarks during the conference, Colombian President Gustavo Petro also called for reforms of the international financial system and mechanisms that would allow countries to swap debt for investment in climate adaptation and mitigation. And, he said, private and multilateral banks must stop financing the hydrocarbon economy.

In an interview with the New York Times, the Colombian Minister of the Environment, Susana Muhamad, said many countries feel that they have already run out of time to adapt and must move straight to the issue of loss and damage.

“As soon as we try to adapt, a climate crisis hits us and we are again into recovery mode,” she said. “Adaptation now is not a process to prepare for climate change, it is a process of reaction to loss and damage.”

With regard to a future loss and damage fund, Prime Minister Mottley and other leaders suggested during the conference that funding should come not only from states parties but also from fossil fuel companies, which bear a large responsibility for greenhouse gas emissions.

Prime Minister Gaston Brown of Antigua and Barbuda, speaking on behalf of the Alliance of Small Island States, said that just six fossil fuel companies had made nearly $70 billion in profits in the first half of this year.

“It is about time that these companies are made to pay a global carbon tax on their profits, as a source of funding for loss and damage,” he said.

For his part, Surinamese President Chandrikapersad “Chan” Santokhi stressed the importance not only of making funds available but also of simplifying procedures for access.

“We cannot wait years to receive climate finance. Let us make it simple, accessible, and make it work,” he said. “Let us not create another international bureaucracy.” 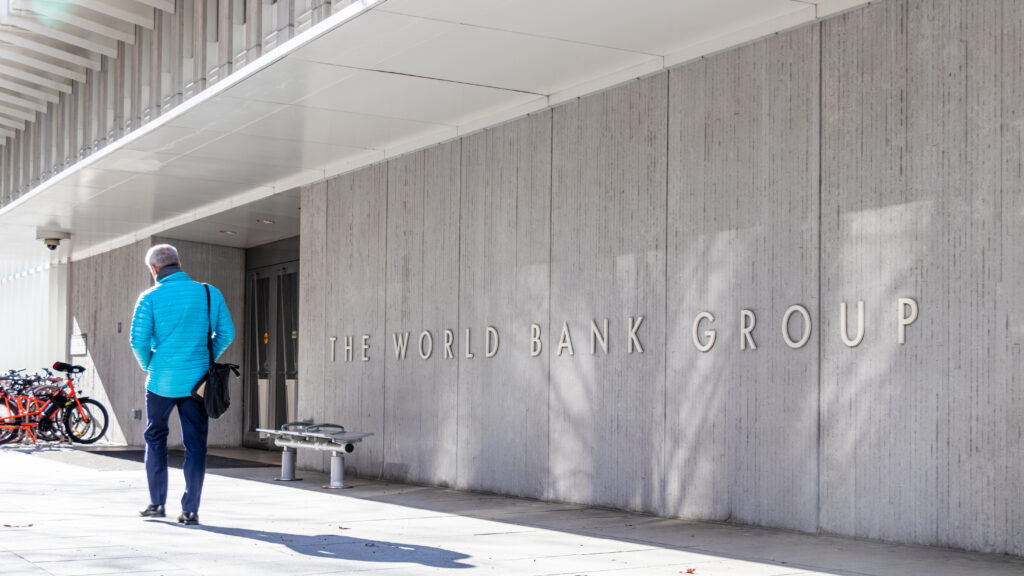 The World Bank and the International Monetary Fund will need to undergo reforms to take climate finance into account, according to the Bridgetown Initiative.

Loss and damage funding, however important, is just one piece of the climate finance puzzle. The Bridgetown Initiative envisions a broad reform of the financial system that would take climate into account.

The international financial architecture in place today still reflects many of the rules established at the United Nations Monetary and Financial Conference held in Bretton Woods, New Hampshire, in 1944. The agreements reached there created the International Monetary Fund (IMF) and what today is known as the World Bank.

“Climate justice was not an issue when the World Bank and the IMF were formed,” Mottley explained at a news conference at COP27. “These institutions will have to reform in order to be relevant.”

For developing countries, this is about more than climate finance, according to Mottley. “We also need the space to be able to finance our development,” she said. “If we have to borrow for climate, then it crowds out the borrowing that we must do for education, for health care, for clean water, for so many other aspects of normal development.”

The Barbados proposal continues to evolve—Mottley called it “a moving document”—but one element of it would be the establishment of a $500 billion Global Climate Mitigation Trust designed to unlock private sector capital.

The seed money for the trust would be based on an IMF mechanism called special drawing rights (SDR), an international reserve asset that allows IMF members to borrow central bank reserves from one another at low interest rates.

In a recent paper on the proposal, called “Breaking the Deadlock on Climate,” Avinash Persaud, Special Envoy to the Prime Minister of Barbados on Climate Finance, wrote that the trust would lend directly to projects and not to governments, “critically taking climate mitigation off government balance sheets.”

But not all climate-related projects will attract private capital or generate revenues, according to Persaud, who cited as examples projects to guard against sea-level rise or flooding.

“Most hard-core climate resilience and adaptation costs cannot be shifted to a private sector or third balance sheet. It rests on government balance sheets where space is limited, cost of capital is high and as a result too little adaptation is being done,” he said. “Loss and damage are rising exponentially as a consequence.”

In addition, he wrote, all debt instruments should include a clause that “suspends debt service for two years when an independent agency declares a natural disaster of a certain threshold has hit and extends the instrument’s maturity for two years at the initial interest rate.” And, he said, grants should be available to pay for reconstruction when a climate event causes loss and damage of over 5% of GDP.

“The moment of an enormous disaster is not one for increased debt,” he wrote.

Cover Image: At COP27, members of civil society demanded that the world’s developed countries pay for loss and damage incurred by developing countries due to climate change. Credit: Kiara Worth / UNFCCC