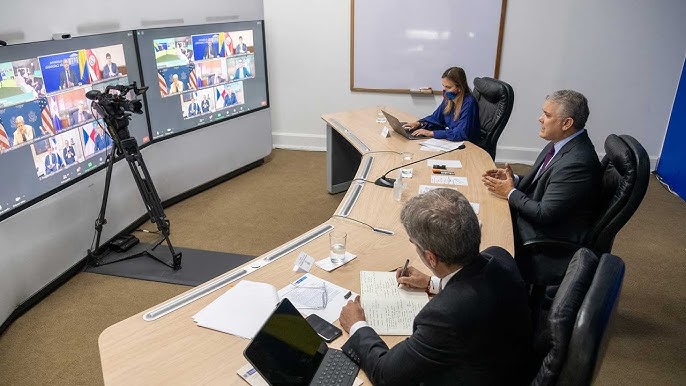 What does it mean for a country or a region to be competitive? It shouldn’t just mean that it’s the cheapest place to produce something, says Colombian President Iván Duque; after all, that seemingly low-cost production can come at great cost to the environment. Instead, Duque is calling on Latin America and the Caribbean to compete on different terms, by accelerating the region’s commitment to renewable energy and marketing itself as a sustainable place to do business.

“We’ve always seen competitiveness as a goal, and we’ve framed it in terms of country cost,” Duque said at a recent forum. In other words, he explained, reducing costs has been seen as the way for a country to create a better business environment and become more competitive.

“Historically, we’ve said, let’s lower the cost of energy, let’s have faster roads, let’s have a more flexible labor market, let’s have long-term financing mechanisms. But in that conversation about competitiveness, we never talked about how we were managing the environment.”

It’s time to change that approach, Duque contended, and take into account such factors as what types of energy are being used, how carbon-intensive a sector is, and what measures are in place for waste management or watershed management.

Even though the region may not always be able to manufacture goods at a lower cost than some other parts of the world, he said, its abundant clean energy potential and relatively low carbon footprint can become strong selling points.

“When we compare those indicators,” he said, “we see that there is an incentive to produce in Latin America and also to create brand recognition and recognition of environmental responsibility on the part of the companies that produce in our countries.” Focusing on sustainability will appeal to consumers looking for environmentally friendly products, he said.

The Colombian leader made the case for this approach at last month’s High-Level Dialogue on Climate Action in the Americas, hosted by Argentina. The event brought together heads of government, energy and environment ministers, representatives of international financial institutions, and others to discuss the region’s climate action in advance of the COP26 global climate conference, which gets underway October 31 in Glasgow, Scotland. 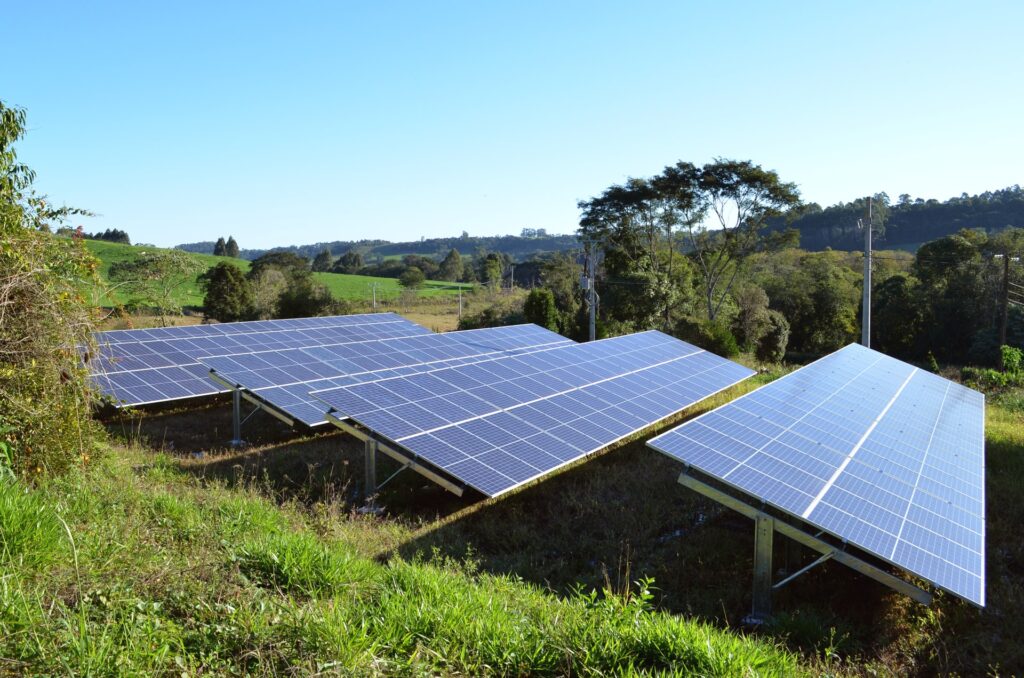 Latin America already has a competitive edge when it comes to renewable energy, thanks in part to decades of investment in hydroelectric power, Duque noted. More recently, other types of renewables, such as wind and solar energy, have gained ground in the region.

In Colombia, these nonconventional renewable sources accounted for only about 0.2% of installed power capacity in 2018, according to Duque; now, between completed projects and those under development, that share is approaching 14%. That means the country is on its way to producing more than 80% of its electricity from renewable energy, he said.

The percentage is even higher in some other countries in the region. Last year, for example, Costa Rica produced more than 98% of its electricity from renewables for the sixth year in a row. Renewables have also made up more than 95% of Uruguay’s electricity mix in recent years.

Iván Duque is urging countries all across Latin America and the Caribbean to make a commitment to generate at least 70% of their electricity from renewable energy by 2030. So far, 12 countries in the region have agreed to this target through an “energy compact” submitted to the United Nations. In addition to Colombia, the other participating countries are Bolivia, Chile, Costa Rica, Dominican Republic, Ecuador, Guatemala, Haiti, Honduras, Paraguay, Peru, and Uruguay.

This initiative—called the RELAC Energy Compact (the acronym stands for Renewable Energies in Latin America and the Caribbean)—was one of a number of such voluntary commitments highlighted by the UN in the context of its High-Level Dialogue on Energy, held on September 24. The UN has been encouraging these compacts as a way to raise ambitions to meet Sustainable Development Goal 7, which aims to “ensure access to affordable, reliable, sustainable and modern energy for all.”

The description of the RELAC Energy Compact lays out some of the challenges ahead, including a need for more investment and financial support. It says that despite the region’s significant progress in deploying renewable energy in recent years, some $30 billion per year of investment will be required to develop enough hydropower, wind, and solar energy generation capacity to meet the 70% target. 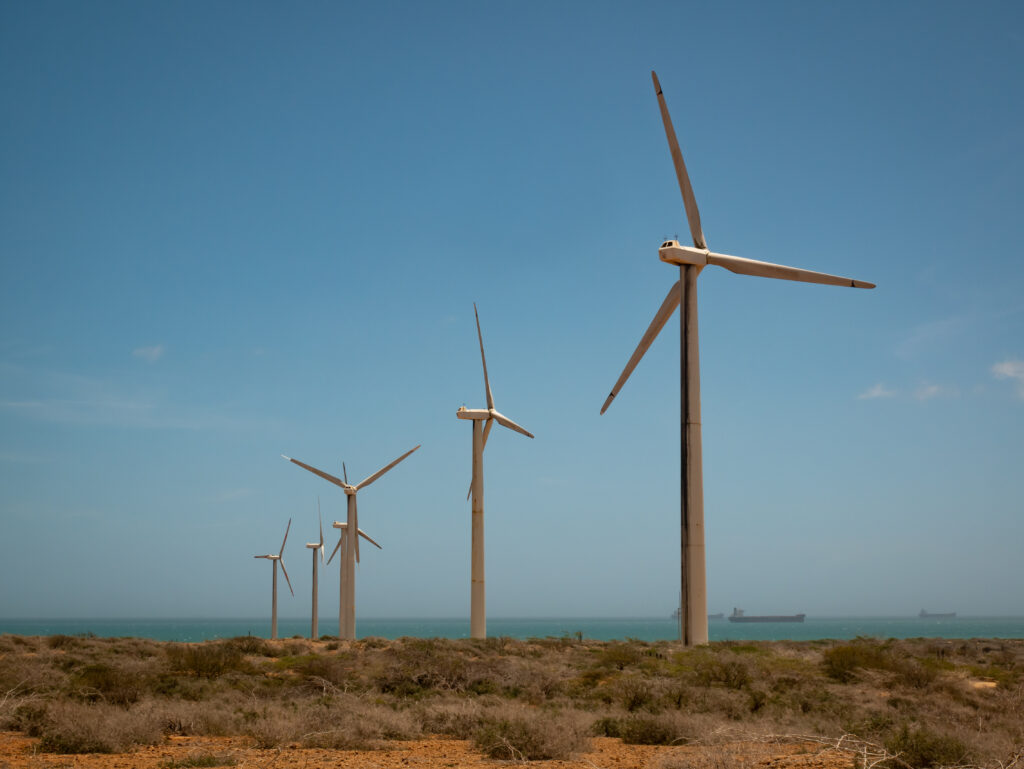 Wind farm in the desert by the sea in La Guajira, Colombia.

In his remarks at the recent UN High-Level Dialogue on Energy, Secretary-General António Guterres called for tripling global investment in renewable energy and energy efficiency, to $5 trillion per year, and facilitating access to finance by developing countries.

“Solar and wind are the stars of our energy system,” Guterres said, adding that they are the only sources of energy that have continued to grow during the COVID-19 pandemic. Renewables not only create more jobs than fossil fuels, he said, but they make it possible to expand access to electricity, reduce air pollution, and limit climate change.

“Access to clean, renewable energy is, quite simply, the difference between life and death,” Guterres said.

Cover Image: Iván Duque participating virtually  in the High-level Dialogue on Climate Action in the Americas. / Credit: Presidency of Colombia.