Fewer than two months ahead of the global climate conference known as COP26, countries from across Latin America and the Caribbean vowed to step up their climate ambition even as they struggle to recover from a punishing pandemic. Economic recovery and climate action must go hand in hand, they stressed, and developing countries need creative solutions to respond to the climate crisis without drowning in more debt. “We need environmental social justice, which is the new name for development in our region,” said President Alberto Fernández of host country Argentina, which co-organized the event with Barbados, Chile, Colombia, Costa Rica, Panama, and the Dominican Republic.

The High-Level Dialogue on Climate Action in the Americas, held virtually on September 8, included the participation of 21 countries in the region. Eight heads of government spoke, as did United Nations Secretary-General António Guterres and U.S. Special Presidential Envoy for Climate John Kerry, along with many government ministers from the region and representatives of international agencies.

The sense of time running out was hard to ignore—first, because the 26th Conference of the Parties to the United Nations Framework Convention on Climate Change (COP26) kicks off soon. The event takes place in Glasgow, Scotland, from October 31 to November 12.

More broadly, though, the urgency had to do with the climate crisis itself. “The moment to act is now,” said Fernández, speaking from the Bicentennial Museum in Buenos Aires. “The clock of planetary destruction is not going to stop unless we build a new paradigm for development.”

John Kerry underscored the need to “keep 1.5 degrees alive.” Noting that 20 of the world’s economies are responsible for about 80% of the world’s emissions, he warned that too many of them have yet to make the commitments needed to limit global warming to 1.5º Celsius above pre-industrial levels.

“If those countries are not doing enough, the rest of the world is doomed by their actions, or lack of actions, as the case may be,” Kerry said. Meanwhile, the disasters keep coming, from floods and droughts to fires and mudslides, from warming oceans to melting glaciers.

“The evidence—Mother Nature speaking back to us, screaming at us—is sending messages every month, every week, almost every day, that we’re not doing enough, that we’re not ahead of the curve,” Kerry said. 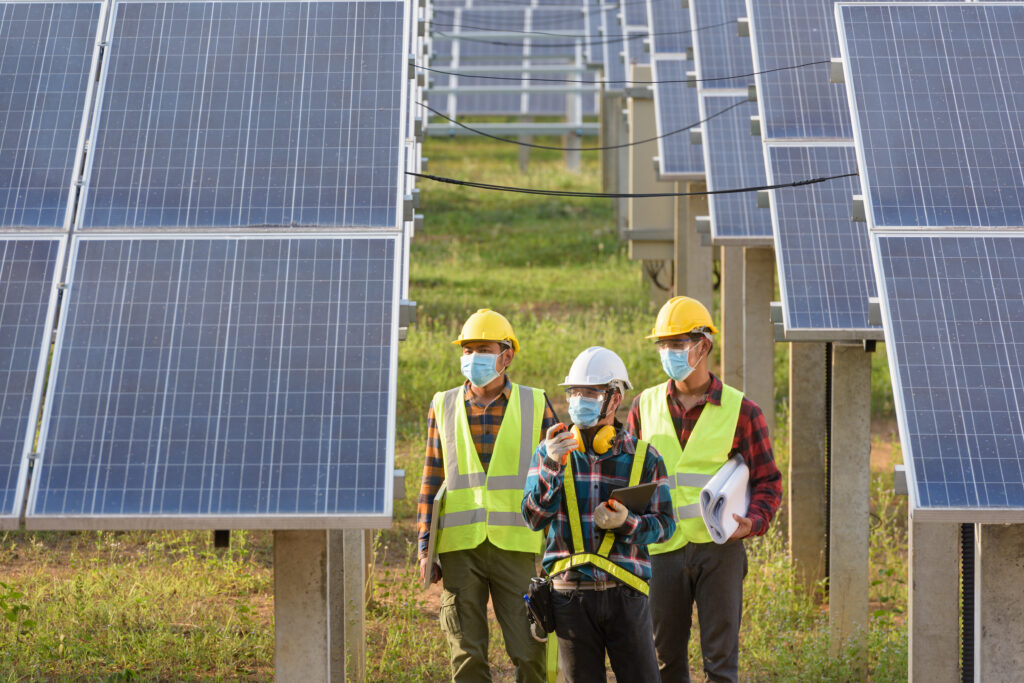 Countries are facing the “triple threat of COVID-19, climate change, and debt,” and these problems cannot be viewed in isolation, UN Secretary-General Guterres maintained. “In 2021, it is essential to align COVID-19 recovery packages with the goal of 1.5 degrees and promote resilience to the consequences of climate change,” he said.

Guterres emphasized that “the architecture of international development finance must offer options that link climate action with debt sustainability, in order to create jobs and alleviate debt problems.”

The Secretary-General also called for more support for adaptation measures, noting that only 21% of climate finance has been allocated to this area. And, he said, “developed nations must deliver on the solidarity agenda.”

“We need a credible plan for delivering on the $100 billion commitment made over a decade ago,” he said, adding that this should be done before Glasgow, “to restore trust.”

Debt was on the minds of several leaders who spoke at the conference. Developing countries need relief from “toxic indebtedness,” especially given the “health and environmental stress” they are undergoing, Fernández said. He called for longer repayment terms, lower interest rates, and debt-for-climate swaps, among other measures.

“We need to rethink the credit rating system so as to not punish vulnerable countries that are already facing the consequences of climate change,” he said.

Echoing his Argentine counterpart, Colombian President Iván Duque said it’s time for multilateral lending institutions to create innovative mechanisms to commute or forgive debt in exchange for progress on climate. “This is important because of the context being experienced in Latin America, in which there is limited fiscal capacity to address the emergencies stemming from COVID-19,” he said.

“We the most vulnerable, the most impacted, with the least capacity, must be given support—not as the mendicant of the developing world but as those whose development prospects are being compromised and eroded by others,” she said. 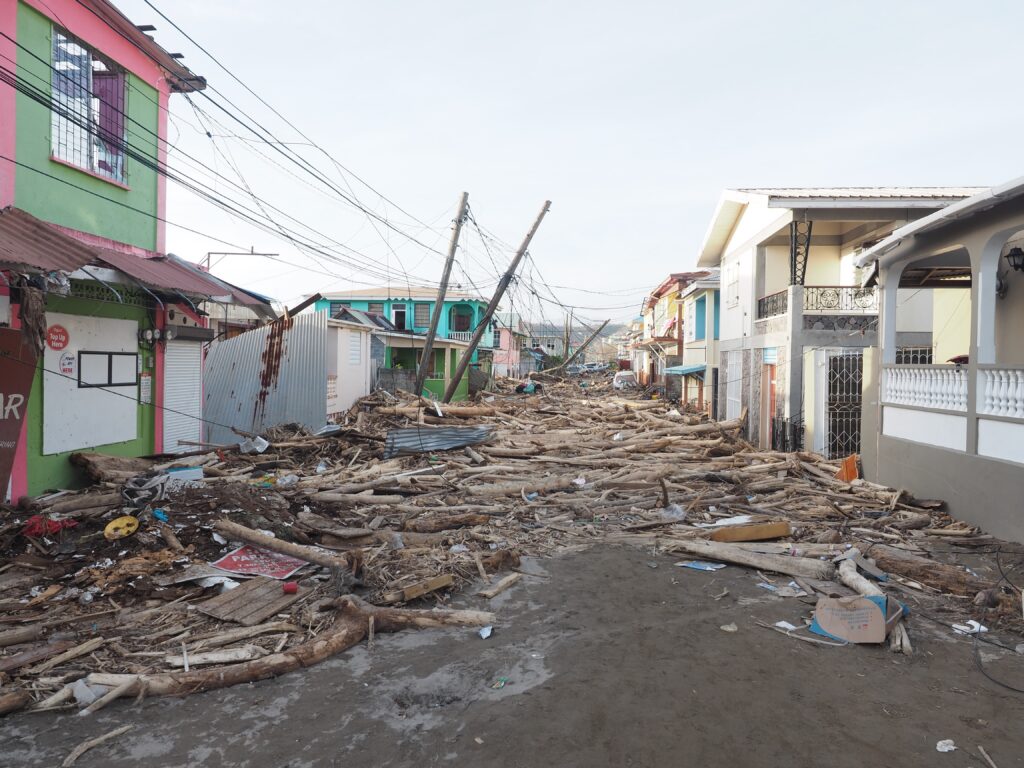 Hurricane Maria on the island of Dominica

Mottley described the destruction wreaked on a number of Caribbean countries in recent years, as one hurricane after another has leveled homes and schools and reversed hard-won development gains. And it’s not just the isolated catastrophic events, she said, but the damage to coral reefs, the lost fishing stock, the erosion of beaches in tourism-dependent economies, the dryness of the soil.

“In these picture-perfect island states, we are, my friends, regrettably, as water-stressed and water-scarce as sub-Saharan Africa,” the Prime Minister said.

“As leaders of Latin America and the Caribbean, it is our duty to our people, to our region, and to our planet to take the decisions necessary and to follow these decisions with action that will effect positive change in the lives and livelihoods of those people and those nations which are now suffering the worst consequences of climate change,” Mottley said. “It is our moral responsibility to ensure that even with the impacts of this COVID-19 pandemic, we must design a green, resilient, and inclusive recovery.”

Like the Caribbean islands, Central America has also seen increasingly “radical” climate impacts, which place the region in “a perverse cycle of reconstruction” from recurring storms, said Costa Rican President Carlos Alvarado. The damages go well beyond the most visible physical impacts, he said, as a hurricane may not only wipe out farmers’ crops but also destroy an area’s rural way of life and drive more migration.

“What has to change for us, as humanity, to save ourselves and save the planet?” Alvarado asked. He noted that at a time when climate change is placing the world’s very survival in jeopardy, global military spending has been on the rise. “It doesn’t make sense,” he said.

No corner of the region is spared from climate impacts. “In Ecuador, climate change has exacerbated the country’s vulnerability,” President Guillermo Lasso said. For example, he added, adaptation measures are needed in coastal areas in Ecuador, due to rising water temperatures, ocean acidification, receding shorelines, and a lack of protection from extreme meteorological events.

Too often, it is the poorest segments of the population that are the hardest hit and that suffer the most—even though they are “the ones that pollute the least,” said President Luis Abinader of the Dominican Republic. 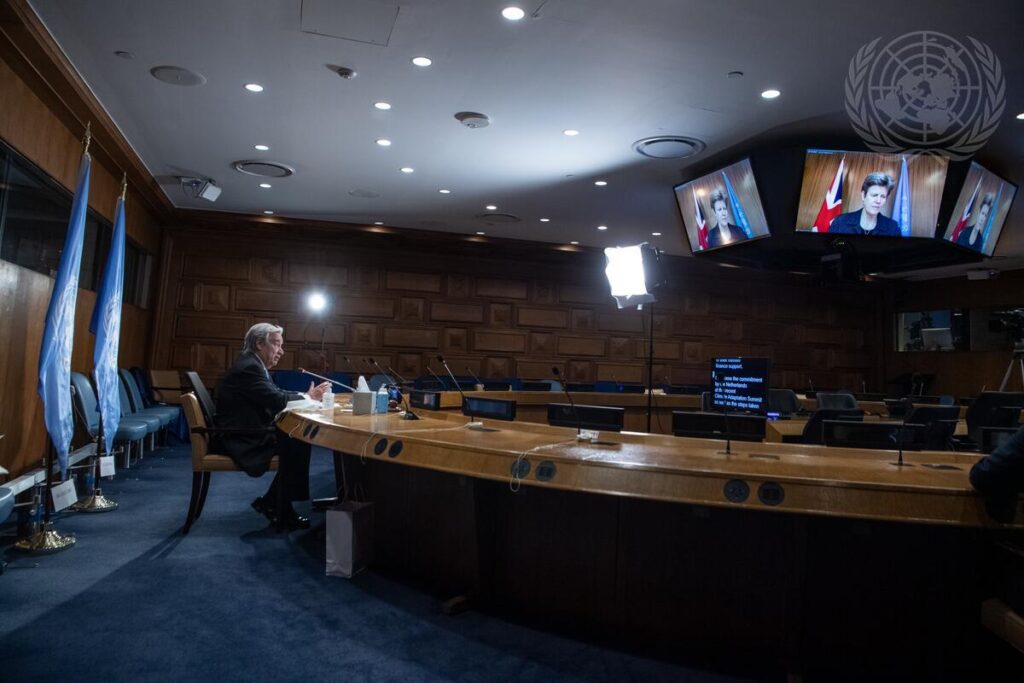 Virtual Briefing to Update on Preparations for COP26 in Glasgow

Throughout the opening session, titled “Road to Glasgow: Improving Climate Ambition,” leaders made the point that their countries did not cause the climate problem—in some cases, they account for a fraction of 1% of total global emissions—but they are determined to be part of the solution and to strengthen regional cooperation in this area.

Because climate change is a global phenomenon that impacts everyone, “combatting it and controlling it requires a joint response to reduce the causes and effects,” noted Paraguayan President Mario Abdo Benítez.

The leaders highlighted steps their countries are taking to reduce emissions and adapt to the impacts of climate change, and detailed some of the ambitious commitments they have made in their updated “nationally determined contributions,” which lay out each country’s targets and plans for reaching them. They detailed a host of initiatives, from investing in renewable energy and promoting electric vehicles to adopting nature-based solutions to protect the oceans, conserve biodiversity, and halt deforestation. 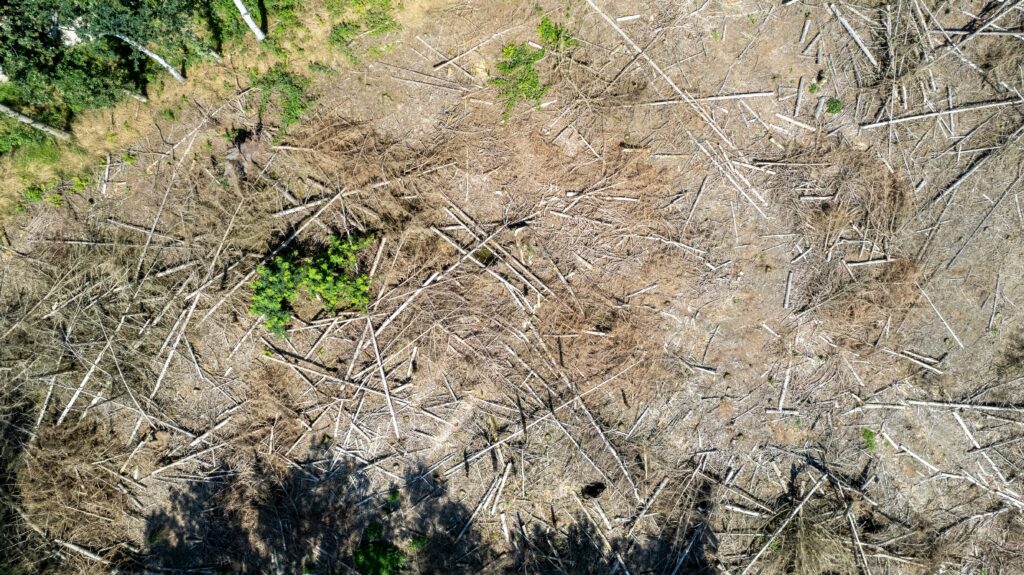 Aerial view of deforestation in a forest

“We all need to recognize that the relationship between climate, biodiversity, economics, and livelihoods is intertwined,” said Alok Sharma, President of the upcoming COP26. “We know that a changing climate contributes to biodiversity loss, as habitats are threatened. Biodiversity loss, in turn, contributes to climate change, as carbon sinks are destroyed. And our treatment of nature presents very grave dangers and risks to our economies and livelihoods.”

Left unchecked, climate change will have “a catastrophic economic impact,” Sharma said. “The cost of inaction is far, far greater than the cost of action.”

Achieving carbon neutrality is “an ethical challenge that has important economic, social, and environmental implications,” said Chilean Environment Minister Carolina Schmidt, who served as President of COP25, held in 2019. Investments made in climate action, she said, will not only produce financial returns but will improve people’s health and quality of life.

“There are not two paths toward sustainable development,” Schmidt said. “There is only one, and this involves ambitious climate action.”

The High-Level Dialogue also included five panel discussions on a range of topics: innovative implementation mechanisms; regional cooperation; the private sector and climate action; coastal resilience; and nature and climate. (The conference is available on YouTube in English and Spanish.)

The commitments that will be made in Glasgow could represent the last chance for the next generation to inherit a healthy planet, said Panamanian President Laurentino Cortizo, who called the upcoming climate conference “perhaps the most important meeting since the Second World War to avoid a catastrophe of global proportions.”

“That meeting cannot fail. That is not an option,” Cortizo said.

What is needed to meet the moment, Argentina’s Alberto Fernández said, is the committed, coordinated involvement of borrowing and lending countries, international financial institutions, and the private sector.