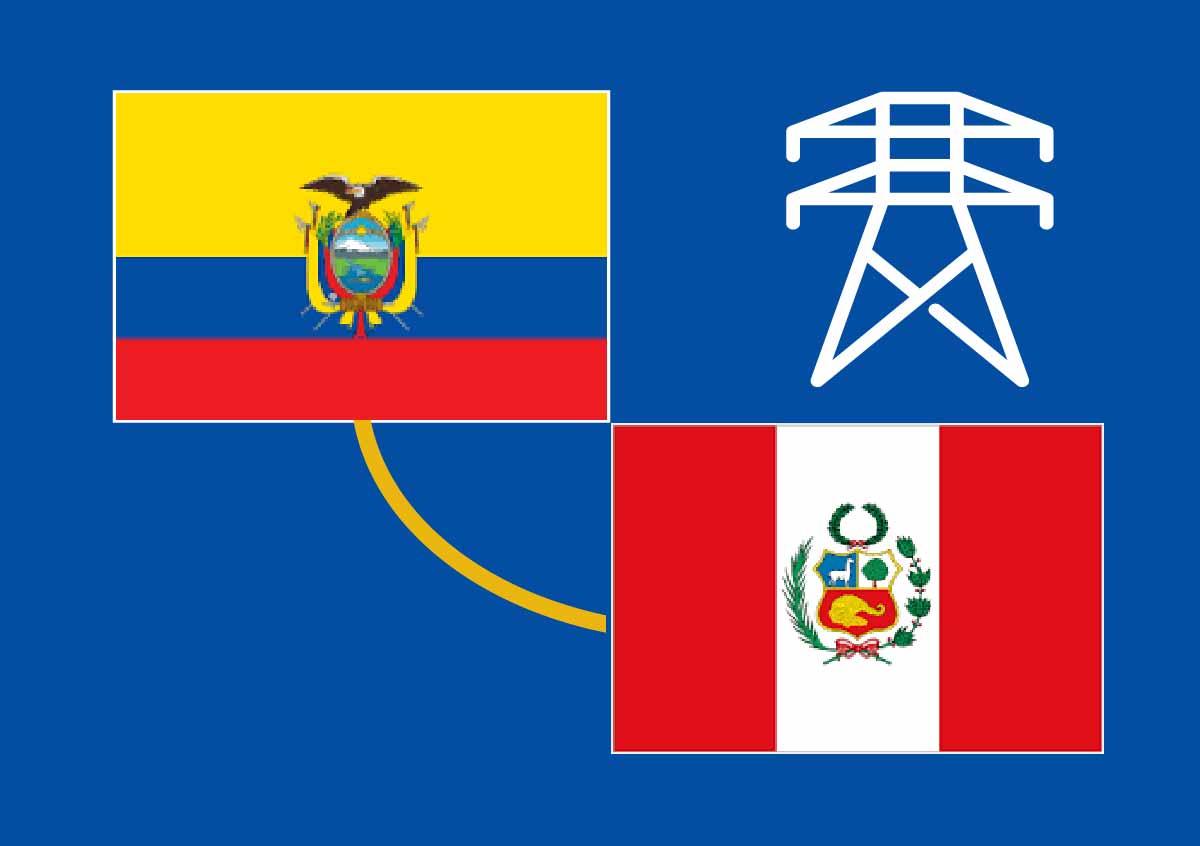 Ecuador is an oil-exporting country, of course, but lately it has been exporting clean energy too, thanks to a surplus of hydroelectric power. The country’s electricity sales to Colombia have been increasing, and plans are underway for a new high-voltage line connecting Ecuador and Peru. By 2024, says the head of Ecuador’s government-owned electric utility, an “electric transmission highway” will link these three Andean countries, marking a step toward a more integrated—and more resilient—electricity market in the region. Meanwhile, Ecuador is looking to increase its own resilience by diversifying its electricity grid.

Most of the electricity Ecuador now produces—90% to 95%, depending on the time of year—comes from hydroelectric power. Although Ecuador used to import electricity, it now generates more than it needs and sells excess power to its neighbors.

Sales to Colombia have increased in recent months, accounting for as much as 10% to 12% of Ecuador’s daily production. Electricity exports to Peru have also been on the rise, but the volumes are limited by the power lines connecting the two countries.

That is about to change, according to Gonzalo Uquillas Vallejo, a veteran of Ecuador’s electricity industry who now heads the Corporación Eléctrica del Ecuador – Empresa Pública (CELEC EP), the public company that generates most of the country’s electric power and owns and operates the national transmission system.

A high-voltage transmission line from the Ecuadorian port city of Guayaquil to the Peruvian border is in the works. The final design for the project is expected to be contracted out this year, and the 500-kilovolt (kV) connection is slated to be operational in early 2024, Uquillas said in a recent phone interview.

High-voltage transmission allows electricity to travel efficiently over long distances, minimizing energy loss. For a transmission line this long—some 580 kilometers (about 360 miles), counting both sides of the border—a high voltage is required for a technically solid interconnection, Uquillas said.

On the Ecuadorian side, the new transmission line will be a public infrastructure project with an expected price tag of around $260 million, to be co-financed by the Inter-American Development Bank (IDB) and the European Bank for Reconstruction and Development (EBRD), according to Uquillas.

On the Peruvian side, the new transmission line will be built with private investment. Cobra Instalaciones y Servicios S.A.—a subsidiary of the Spanish company ACS—was awarded the concession to build and operate the first 87 kilometers of the 500 kV line that will eventually extend to the border with Ecuador.

In the case of Ecuador and Colombia, the two countries have had fully “synchronized” electric systems since 2003, meaning that power can flow back and forth seamlessly across the four 230 kV transmission lines that span the border. “They basically operate like a single electric system,” Uquillas explained.

For more than a decade after the systems were interconnected, Ecuador imported far more electricity from Colombia than the other way around, according to official figures. But since 2016, due in part to several new hydroelectric plants coming on line, Ecuador has been a net exporter of electricity to its northern neighbor.

This year, due to some technical and regulatory adjustments made in both countries, Ecuador increased its capacity to export electricity to Colombia, from 300 megawatts (MW) to 460, Uquillas said. The recent increase in export revenues has been helping to compensate for the Ecuadorian utility’s drop in cash flow during the Covid-19 pandemic, he added.

For now, these sales and purchases of electricity take place on the spot market, not under long-term contract, so the volumes fluctuate day to day—even minute to minute—depending on supply and demand. If reservoir levels are low in a particular region and the spot market price for electricity is right, a decision might be made to import power rather than tap into local reserves.

“We’re always in search of a more permanent, more solid, regional power integration,” Uquillas said. For the Andean region, that has been a long-term aspiration—one that Uquillas hopes will someday come to fruition, with the regulatory, financial, and technical infrastructure in place so that a unified, efficient power market can operate from Colombia to Chile.

Greater regional integration, among its other advantages, would strengthen energy resilience, Uquillas said. When natural disasters occur, or when conditions such as El Niño or La Niña change rainfall patterns, countries could complement each other’s energy resources if their grids were interconnected.

Ecuador is also working to make its own electricity grid more resilient, said Uquillas, who has held numerous high-level posts in the country’s energy industry in the past 40 years. (Most recently, he served as Ecuador’s Deputy Minister of Electricity and Renewable Energy, before being appointed in April to a second stint at the helm of CELEC. He also worked for many years at CENACE, Ecuador’s independent system operator, which coordinates and monitors the operation of the electric grid.)

The country still has an abundance of untapped hydroelectric reserves, which it plans to continue developing, but it is also seeking to diversify its grid, Uquillas said. “The entire electric system cannot depend on a single resource,” he added, noting that a decrease in rainfall can pose a big risk.

To ensure a better mix of resources, Ecuador intends to build a 1,000 MW combined cycle gas power plant near Guayaquil. Smaller-scale wind and solar projects are also being planned. “Because Ecuador is located at the middle of the world, its radiation levels are terrific, so there is enormous potential,” Uquillas said.

Another project in the planning stage is the extension of transmission lines in the northeastern part of the country, to connect the country’s oil industry to the national grid and thus enable it to run on hydroelectric power. Currently, oil field operations are powered by a thermal generation plant that burns heavy fuel oil.

One thing that has become clear, Uquillas said, is that the government cannot carry out its ambitious agenda for the energy industry on its own. At a time when public coffers are hurting, as a result of low oil prices, Ecuador must rely more on private sector investments to make new projects a reality.

“Maybe the great lesson of this health and economic crisis is the imperative, pressing need to generate cooperation and collaboration between public and private enterprise,” he said.