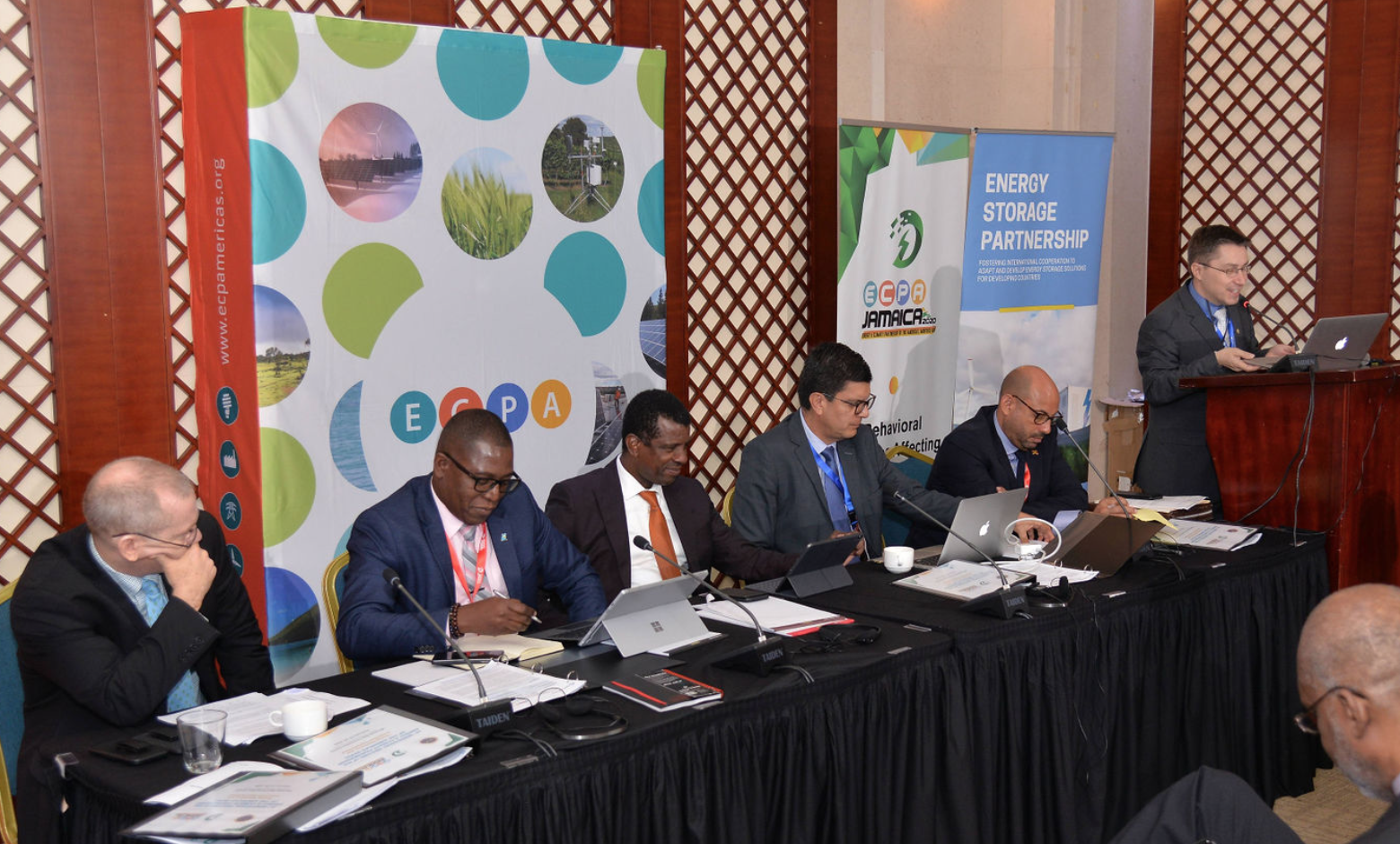 What does it mean to build resilient infrastructure—and who’s going to pay for it? On the sidelines of the Fourth Ministerial Meeting of the Energy and Climate Partnership of the Americas (ECPA), representatives of the public and private sector talked about how to make the region’s energy systems less vulnerable to disruption and better prepared for contingencies.

One of the central issues is financing. In a region where electricity rates already tend to be steep, the investment required cannot simply be passed onto ratepayers, several speakers said.“To build the kind of rigid and robust infrastructure that you need to become resilient, the cost is really high,” said Vince Henderson, Dominica’s Ambassador to the United States and Permanent Representative to the Organization of American States (OAS).

Several side events in Montego Bay delved into issues on the ministerial agenda:

Sustainable Energy Paths for Latin America and the Caribbean

Mainstreaming Gender in the Energy Sector

Energy Poverty in Latin America and the Caribbean: How to bridge the last mile? 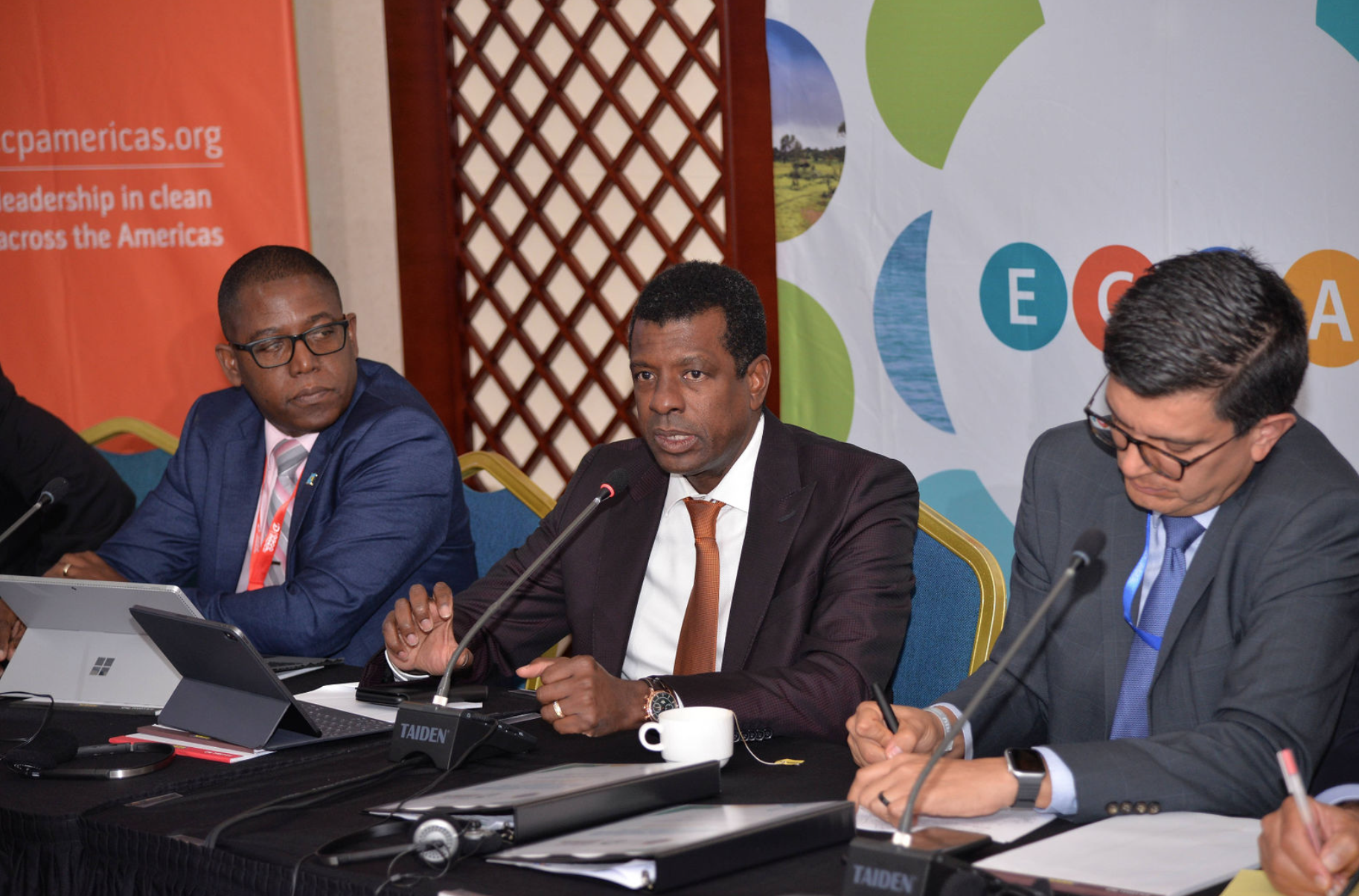 But, he added, the region needs international support to cover the financing gap between normal construction and climate-resilient construction. Say a bridge would normally cost $10 million to build, but the cost of hardening it against hurricanes would add $2 million to the price tag.

“Somebody should pay for the $2 million more,” he said. “I’m not asking you to build my bridge for me. I’m asking you to pay for having me spend more on building bridges.”

The panel discussion—one of several side events held in the context of the Fourth ECPA Ministerial Meeting in Montego Bay, Jamaica—was jointly sponsored by the OAS and the World Bank. The first half, which focused on policy, brought together representatives of Grenada, Costa Rica, Dominica, and Saint Lucia, as well as an official from the U.S. Agency for International Development (USAID). The second part featured members of the private sector, including an electric utility, financial institutions, and investors. 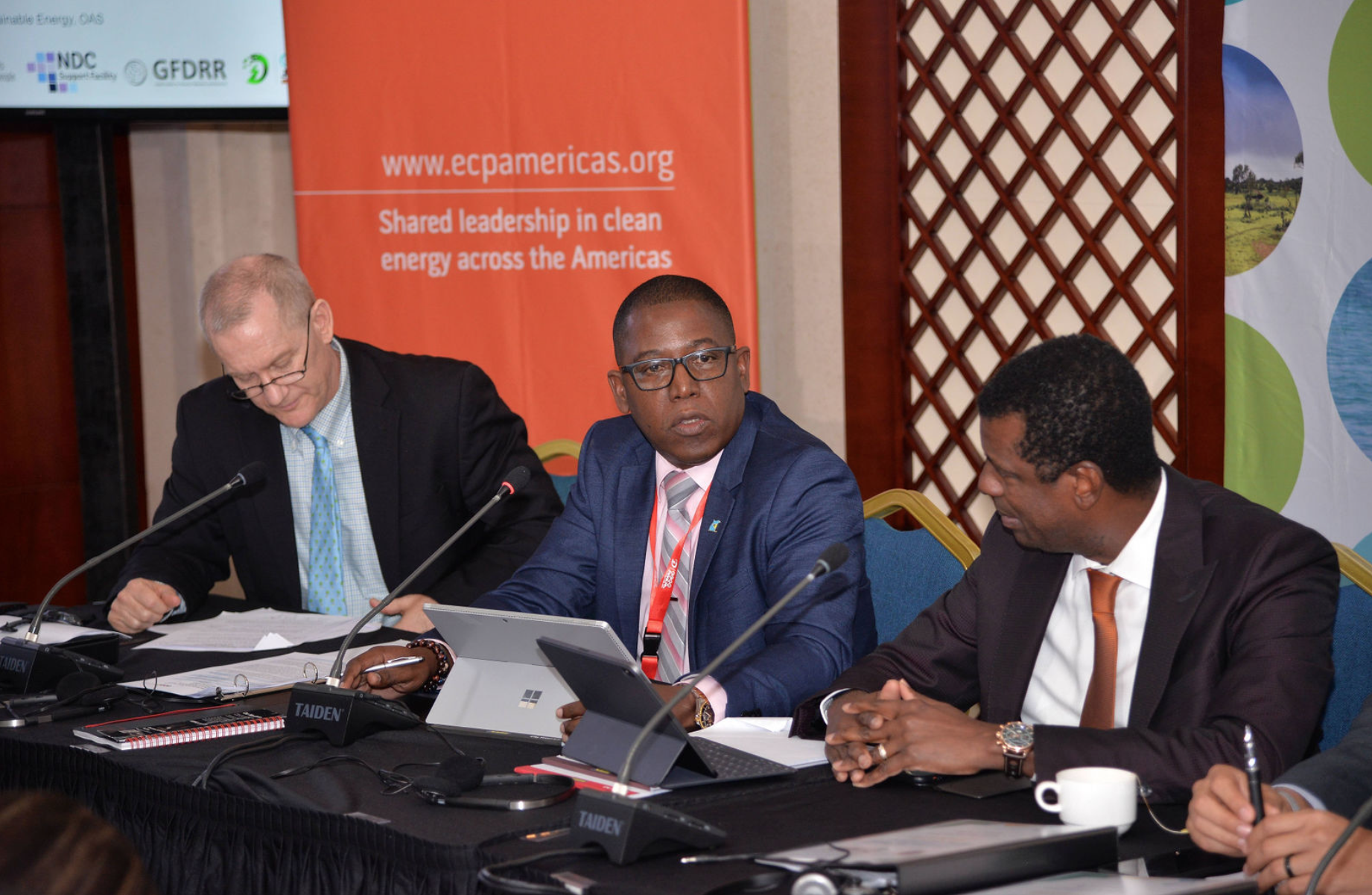 Grid stability is one area of concern for Saint Lucia, Daniel said, noting that in recent months two blackouts have shut down the power across the whole island. “We have an aging system,” he said. Priorities include building capacity at the local utility and segmenting the electricity system so that in an emergency, power is not lost to the whole country, he added.

Across the Caribbean, countries are working with international partners to develop long-term resilience plans. Dominica and Grenada have set particularly ambitious goals: Grenada wants to make its capital, St. George’s, the region’s first climate-resilient city, and Dominica is seeking to become the first climate-resilient country in the world. In the case of Grenada, the estimated investment to make that happen is (US) $1 billion over 15 years, and Dominica is looking at double that amount, according to Simon Stiell, Grenada’s Minister for Climate Resilience, the Environment, Forestry, Fisheries, Disaster Management and Information.

“This is where rubber starts to hit the road,” he added. “This is real stuff that we’re having to deal with now.” Countries in the Caribbean are doing everything within their control to develop sound policies and reduce their vulnerability to problems “not of our own making,” Stiell said. While the region has the potential to lead the world in areas such as the transition to renewable energy, “we need the support of the international community”, he said. 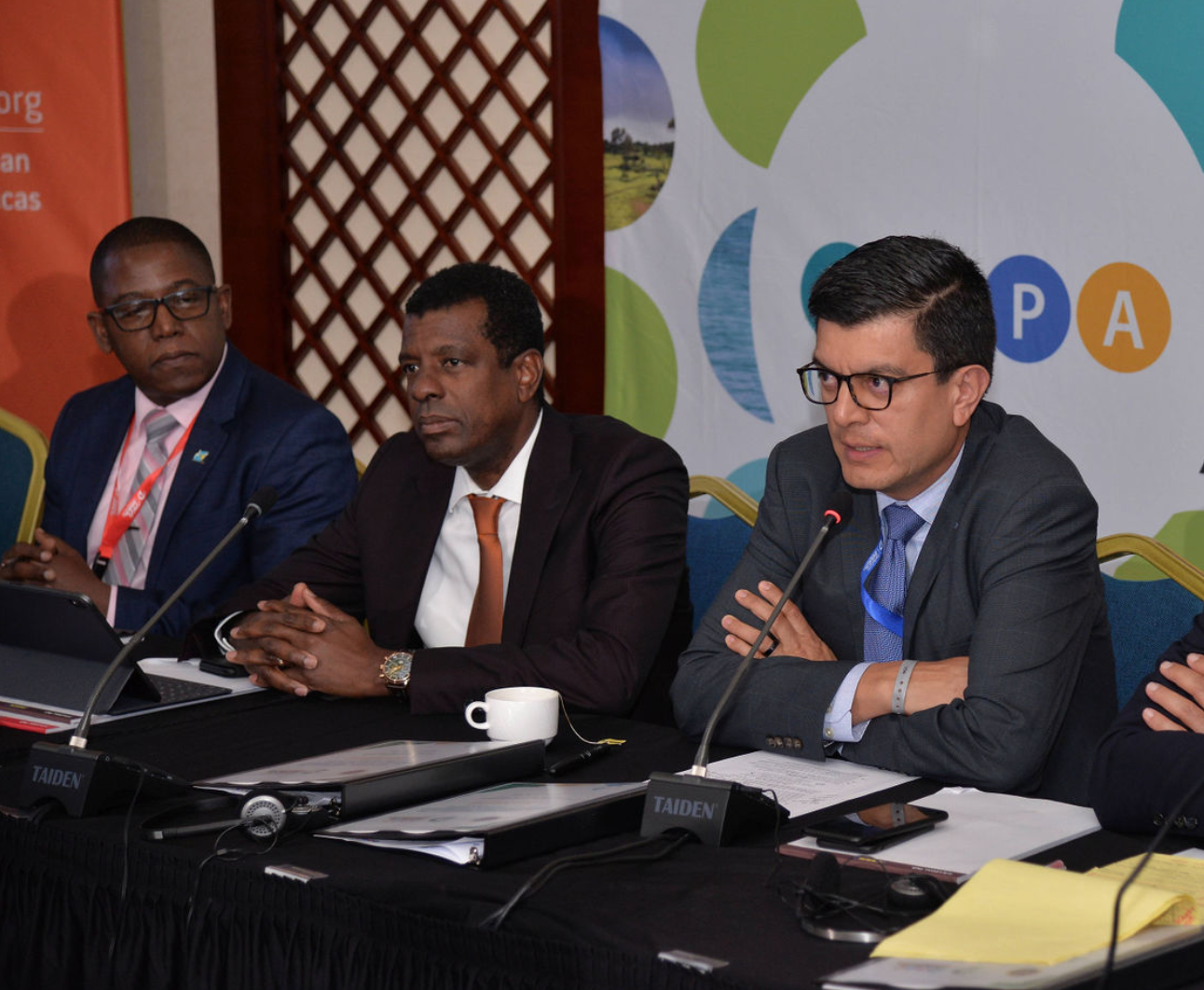 Costa Rica, for its part, shares some of the same challenges as the Caribbean islands. “Actually”, said Deputy Energy Minister Rolando Castro Córdoba, “we’re in the Caribbean too, we’re just attached to the mainland”.

Costa Rica never use to worry about hurricanes, but in recent years it has been hit by two: Otto in 2016 and Nate in 2017. “Climate change is here to stay, and we have to adapt, our system has to adapt”, Castro said.

For Costa Rica, which produces virtually all its electric power from renewable energy, adapting means diversifying its grid to become less dependent on hydroelectricity. The country is also trying to decarbonize its entire economy and use its clean energy resources for transportation. Finding enough financing for such efforts is a challenge, said Castro, who noted that most of the available resources for renewable energy are geared toward the electricity sector.

While some critics believe Costa Rica’s decarbonization plans mean the country will have to sacrifice development, Castro disagrees. Pointing out that many major corporations are seeking to become carbon-neutral, he said that these companies could reach their goals more quickly by operating in a place like Costa Rica. “I think there are many opportunities in a decarbonized economy to attract green investments, create new jobs, while at the same time being green,” he said.

In his comments, Steve Olive, the USAID Senior Deputy Assistant Administrator for Latin America and the Caribbean, reviewed some of the initiatives that the U.S. government has in place to support resilience in the region. This is an issue that requires creativity, which makes it especially important to “unlock” private sector investment where possible, he said.

In another side event held in Montego Bay, the OAS presented the Ministries of Energy of the Central American Integration System (SICA) with the latest results from a project on “Enhancing Energy Efficient Lighting Standards in Central America.” The delegations asked questions about several aspects covered under the project; for example, they requested recommendations on standards for safe disposal of old lamps that still contain mercury.

The OAS and the U.S. National Institute of Standards and Technology (NIST) have been providing technical support to SICA on some of its draft regulations. A nongovernmental organization called CLASP, which focuses on improving the energy and environmental performance of appliances and equipment, has also been involved in the project. (See earlier story, Bright Ideas for More Efficient Lighting).