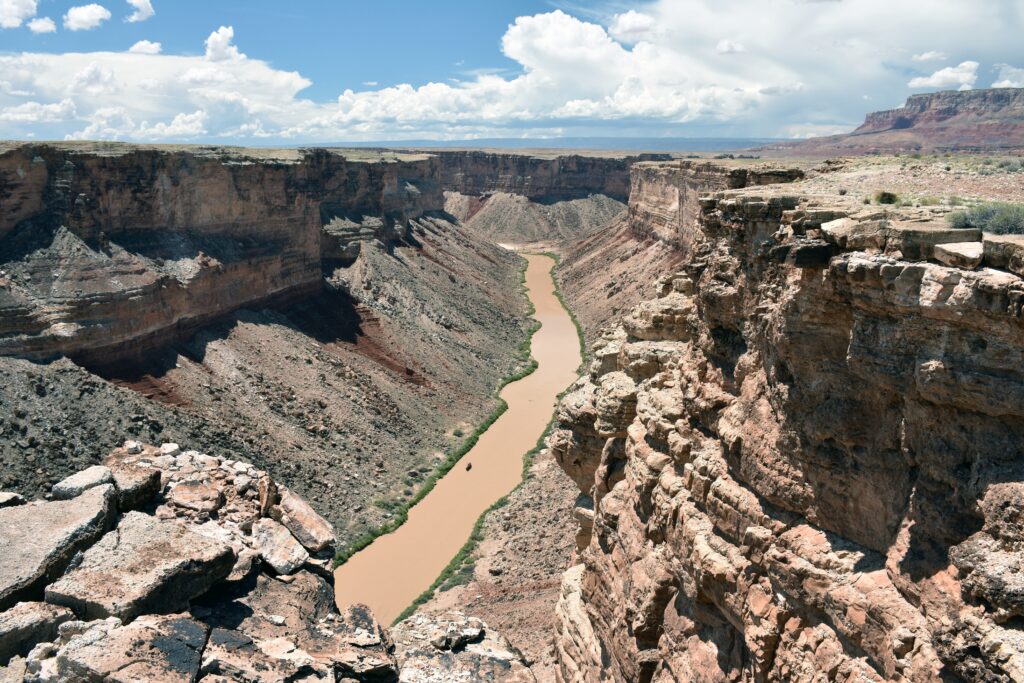 To keep a healthy bank balance, it’s important not only to have enough deposits coming in but to limit the amount of money going out. That’s a simple but useful analogy for thinking about water—especially at a time of tightening supply, according to water expert Brian Richter.

As with money, the timing of the flow is critical, said Richter, who teaches about water scarcity at the University of Virginia and leads a water educational organization called Sustainable Waters. The rate at which water becomes available, he said, must stay ahead of the rate at which it is used.

“If the latter gets to be too high and outpaces the rate at which water’s becoming available, then you’re in trouble,” Richter said in an interview. 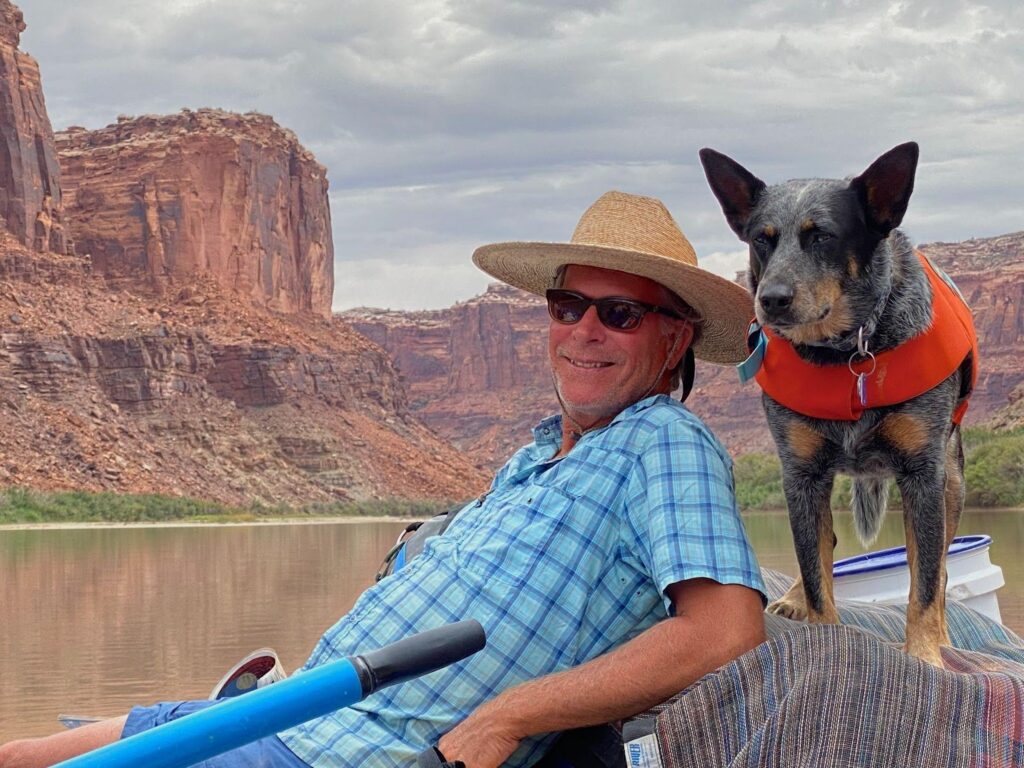 Brian Richter, who leads the educational organization Sustainable Waters, travels on the Green River, the main tributary of the Colorado, with his companion Luna Azul.

By that measure, many cities around the world are in potential trouble. Latin America holds a third of the world’s fresh water, but it’s hardly immune to water scarcity, according to a 2019 report by a major environmental organization, The Nature Conservancy.

“Our research shows that 16 of Latin America’s 20 largest cities are now facing water shortages and that the three largest, São Paulo, Lima and Mexico City, are in danger of running out of water entirely,” said the report, called Our Path Forward.

“Delivering clean and reliable water,” it added, “may be the single largest challenge that our growing cities face.”

In the American West, a more than two-decade drought is putting unprecedented strain on the water supply. Cities that depend on the Colorado River system for water are nearing the “precipice,” said Richter.

“It is possible that in the next two years, we may have trouble getting water to some really big cities,” he said.

The two largest reservoirs on the Colorado River, and in the United States—Lake Mead, in Nevada, and Lake Powell, in Arizona—are three-quarters empty, and are at risk of eventually reaching a state called “dead pool,” according to Richter. That’s when the water drops so low that it can no longer flow downstream out of a dam. The consequences of that would be “pretty severe” for cities like Los Angeles, San Diego, and Phoenix, Richter said. 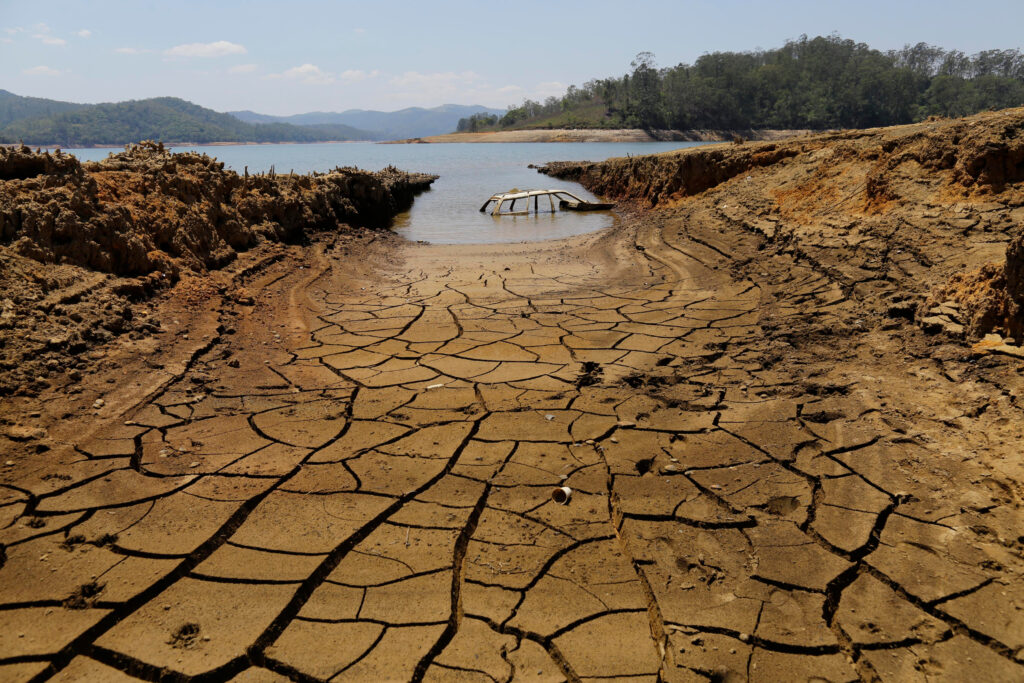 The effects of a warming planet are becoming more evident every year, he said. Take snowmelt, for example. Mountainous areas normally count on the winter snowpack to melt gradually in the spring, filling rivers and streams and percolating into aquifers. Now, more of that snow is evaporating and never makes it into the water system.

Another problem, Richter said, is that higher temperatures in the summer and fall seasons are causing more of the moisture in the soil to evaporate, which means that any precipitation that falls needs to replenish the “desiccated” ground.

“It’s almost like you go in with a deficit in the soil that has to be made up before water will actually start to flow off the land surface and get down into the rivers and streams,” he said.

Water scarcity has a domino effect, according to Richter, who directed the Global Water Program at The Nature Conservancy for many years and is the author of the book Chasing Water: A Guide for Moving from Scarcity to Sustainability.

When a river starts to dry up, the first victim is the natural environment, he said—the ecosystem of fish and turtles and plants and other living things. Then come the impacts on the ways people use the river, whether for recreation or electricity generation.

Of course, water shortages can cause severe impacts on agriculture—the biggest source of water consumption by far. In the Colorado River basin, irrigation of cattle-feed crops alone (such as alfalfa and grass hay) accounts for a whopping 55% of all water used, according to a study Richter led that was published in 2020 in Nature Sustainability. 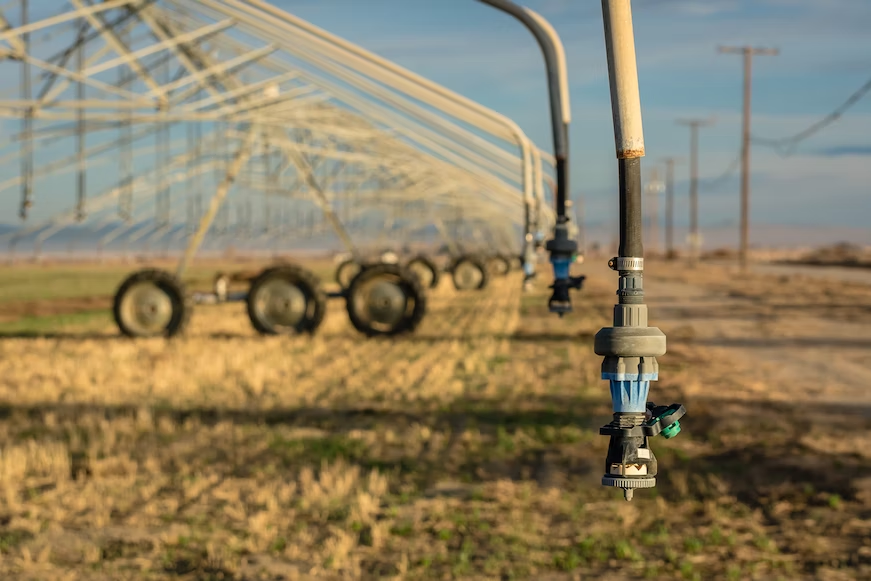 Agriculture is the biggest source of water consumption by far. Irrigation of cattle-feed crops alone accounts for more than half of the water used in the Colorado River Basin. Photo: Steve Harvey.

Eventually, cities become the last domino to fall. Because they tend to have more wealth and political clout than rural areas, cities often have tools at their disposal to make sure they don’t run out of water, Richter said. But no matter how big a city’s water supply is, it has to stay ahead of local needs to avoid shortages.

As climate change exacerbates water scarcity, Richter said, cities need to work on both sides of the equation—supply and demand.

“Historically, cities have tended to make much heavier investments on increasing their supply, on increasing the amount of water available to them,” he said. That might include building big reservoirs to store water for the lean times; drilling deeper wells to access more groundwater; building ever-longer pipelines to reach other water sources; or turning to desalination to use water from the ocean. The problem, Richter said, is that some of those options take a long time and are very expensive.

“Cities have to figure out how to work on that other side of the equation, on the demand side,” he said. 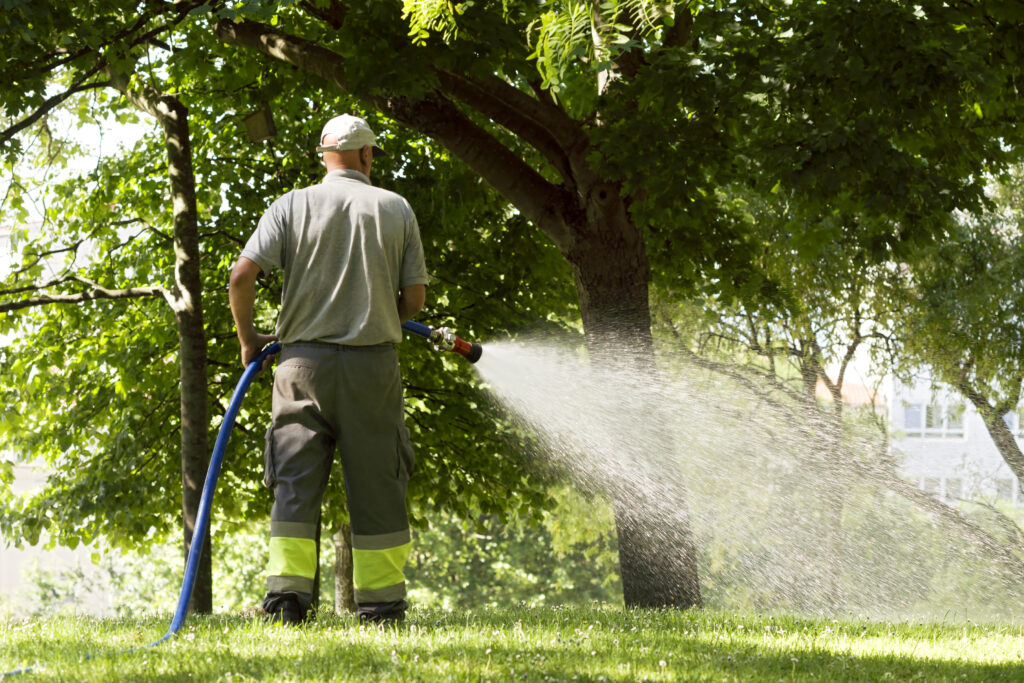 It’s important for cities to keep watering their trees to keep temperatures from climbing too high, but green grass is now less of a priority in many places.

That is already happening in many places. In the United States, Richter said, close to half of the water used in cities goes to outdoor uses—such as watering parks and medians, lawns, and golf courses—so conservation efforts often focus heavily on that aspect. Trees are another matter, Richter said; it’s important to keep watering them to reduce the “heat island effect.”

Last year, in an effort to reduce water consumption in the Las Vegas metropolitan area, Nevada passed a law banning certain types of “non-functional” grass that have a purely aesthetic purpose. Water officials quoted in the press said that the new measures would save about 10% of the area’s water supply from the Colorado River.

Household fixtures and appliances—toilets, showers, washing machines, dishwashers—are another big source of water use in cities. In the past two or three decades, conversion to water-efficient appliances has helped cut urban water use considerably, Richter said.

In fact, a research study he has been working on recently, which is now in final review, provides some hope on the conservation front. The study looked at 28 of the largest cities that depend on the Colorado River for their water supply and found that since the year 2000, the cities grew by an average of 24% and yet managed to reduce their water use by 18%. Per capita, they are now using a third less water.

“The amazing thing is that they grew like crazy and didn’t require any more water to provide to that increased population,” Richter said. “In fact, they’re using less water than they did 20 years ago, when the population was 20% lower.”

From Farm to City

One way to make more water available to cities? Pay farmers to use less water.

That is already happening in some places, water expert Brian Richter said. In California, for example, the San Diego metro area has long received some of its water from the Imperial Irrigation District, the largest water user in the Colorado River Basin. Farmers in the Imperial Valley are paid to conserve water, and the water they conserve is transferred to the city.

That sort of arrangement is becoming more common in drought-stricken areas and is likely to ramp up in the near future, he said. That’s because the Inflation Reduction Act, passed in August, appropriates $4 billion over the next four years for drought mitigation efforts, with priority given to the Colorado River Basin. The law states that one of the allowed uses for the funds is “compensation for a temporary or multiyear voluntary reduction in diversion of water or consumptive water use.”

Water shortages are driving more research and discussion about how to cut water use on farms, Richter said, adding that three strategies tend to get the most attention. One is to compensate farmers to fallow some of their land—in other words, to not plant or irrigate for a certain time to make the water available for other purposes. Another is to encourage farmers to switch to crops that use less water.

The third strategy is to promote irrigation techniques that are more efficient, such as drip irrigation. Although this can save a lot of water, Richter said, it tends not to be very effective unless it is managed well; otherwise, the water conserved by one farm will simply be taken up by the farm next door, or a farmer will take advantage of the water savings to plant more crops.

Cover Image: Extreme drought in the American West is putting unprecedented strain on the water supply in states that depend on the Colorado River, shown here flowing through Marble Canyon, near Glen Canyon Dam and Lake Powell.