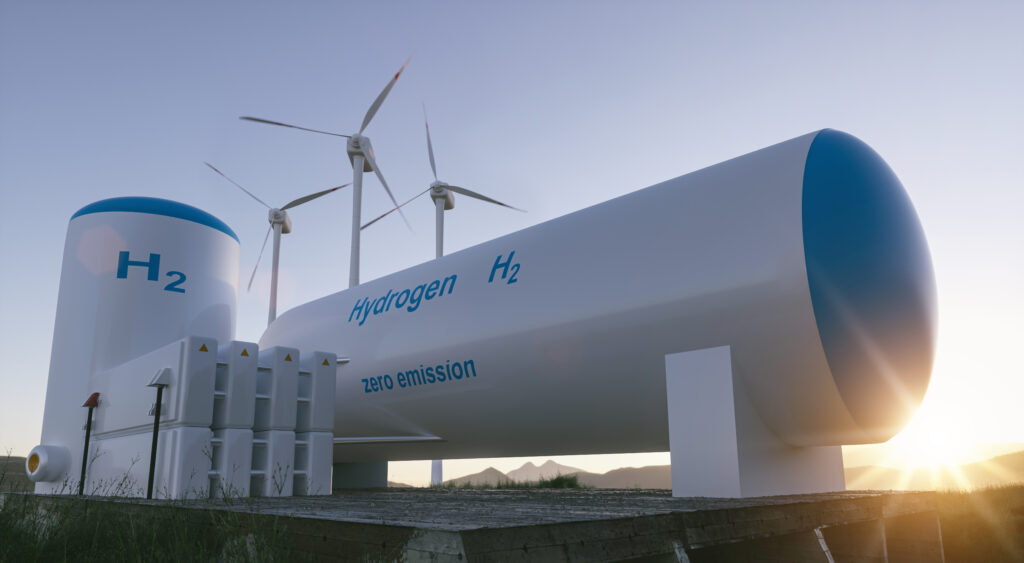 A growing number of countries in Latin America and the Caribbean are gearing up to produce clean hydrogen, driven by their abundant renewable energy resources, the need to decarbonize their economies, and the huge potential for hydrogen exports. Just how far along is the region’s nascent hydrogen sector? A new Hydrogen Economy Index found a lot of activity, with plenty of room to grow.

Chile is the clear regional leader in hydrogen development, the index found, followed by Costa Rica and Brazil. (See previous story, Chile Goes for Green Hydrogen.) Argentina, Colombia, and Uruguay show the next-highest levels of activity, with Trinidad and Tobago, Mexico, and Peru after that.

The Hydrogen Economy Index was unveiled in April at the Hydrogen Congress for Latin America and the Caribbean (H2LAC 2021), hosted by New Energy Events and the Inter-American Development Bank. New Energy partnered with Hinicio, a consulting firm that specializes in hydrogen energy, to develop the index.

New Energy Events will present a four-part leadership training program—sponsored in part by the Energy and Climate Partnership of the Americas (ECPA)—on how to lay a strong foundation for producing, using, and exporting hydrogen.

Hinicio CEO Patrick Maio explained at the conference that the idea was to create a series of quantitative and qualitative indicators that would provide a snapshot of the region’s current hydrogen market and assess its growth every year moving forward. In answer to a question from the audience, he said that the purpose of the index was to measure progress, not spur competition.

“At the same time,” he added, “I think it is very interesting for senior officials of all the countries to realize what their peers are doing well, where their peers are progressing faster, and try to stimulate cooperation, so I like to talk about cooperation in the region more than competition.”

Quite aside from any competition within the region, the race to supply industrialized countries with clean hydrogen is already heating up worldwide, according to Ana Angel, Hinicio’s Manager for Latin America. In an interview with the Energy and Climate Partnership of the Americas (ECPA), Angel noted that Morocco, Saudi Arabia, and Australia are among the countries positioning themselves to supply countries in Europe and Asia.

“Obviously, Latin America needs to start working on this if they want to gain some competitive advantage,” she said.

Under the scoring system developed for the Hydrogen Economy Index, a country with a score of 100 would be considered to have an established hydrogen market. No country scored higher than 50 in the first round, although Chile came close, at 48.

The indicators used for the index measure five key aspects:

Results were based on a survey sent at the beginning of the year to senior government officials, leading industry experts, and other stakeholders. Seventeen countries responded.

The survey identified 35 industrial pilot projects in the region (8 in Chile) that were either operating or were well along in the development stage. The index did not factor in the earliest-stage projects or those still in research and development. The reported results did not specify what projects specifically involved green hydrogen—in other words, hydrogen produced using renewable energy—but Maio said that is something that will be highlighted in future surveys.

Ángel and Nathalia Ortiz, a consultant who worked on the index, explained that the survey focused entirely on the types of hydrogen that can achieve greenhouse gas reductions. In the color-coded terminology often used to describe hydrogen, that means green or blue.

Green hydrogen is produced through electrolysis, a process that uses electric current to split water into its two components, hydrogen and oxygen (H2O). In the case of green hydrogen, the electricity comes from renewable sources such as solar or wind energy.

Blue hydrogen—like gray hydrogen, which has been used for decades in Latin America and around the world, primarily in industry—is derived from natural gas. What distinguishes the blue variety is that the carbon dioxide emissions are reduced through carbon capture, use, and storage.

In Latin America, the countries that are promoting investment in blue hydrogen are the ones that have oil and gas resources, according to Angel.

Although some Latin American countries are looking to hydrogen as part of their efforts to meet their own decarbonization goals, especially in heavy industry, the potential for exports is primarily what has captured the region’s attention, Angel said

Last year, she noted, Germany and the European Union released their hydrogen strategies, making it clear that they did not have the capacity to produce enough green hydrogen on their own and would have to rely on imports.

“Once they did that, it really kick-started the interest from Latin American countries,” she said. With its wealth of solar, wind, and hydroelectric resources, Latin America has the potential to produce sufficient green hydrogen to export renewable power to markets in Europe.

Japan and South Korea have also announced strategies for hydrogen, though Angel said they have placed less emphasis on green hydrogen specifically and more on decarbonization generally, which could also open up opportunities to export blue hydrogen.

Hydrogen is a versatile energy carrier composed of molecules, and it can be stably stored and transported. The technology already exists to do that in several different ways, but it is still unclear what the most efficient solutions will be for the export market. Some options are themselves energy-intensive, Angel explained—such as turning hydrogen gas into liquid and then converting it back to gas at the point of destination.

Another possibility is to combine green hydrogen with nitrogen to make emissions-free ammonia, which can be used as a fuel. (In an interview last year, in fact, a Chilean official said the country will be in the business not just of green hydrogen but “green molecules.”)

With all the interest in hydrogen, one thing that may soon be on its way out is the imprecise color designations. In fact, Hinicio designed an accounting mechanism for the European Union to calculate the carbon content in hydrogen. As countries look to produce hydrogen from different sources, this type of system will allow for a more accurate calculation, Angel said.

“You can produce hydrogen, for example, with plastic waste,” she said. “What color is that? It’s better to talk about carbon content than talking about colors.”

New Energy Events will present a four-part leadership training program—sponsored in part by the Energy and Climate Partnership of the Americas (ECPA)—on how to lay a strong foundation for producing, using, and exporting hydrogen.

The aim is to help senior government officials, regulators, and business association leaders in Latin America and the Caribbean better understand the emerging hydrogen market so that they can develop sound policies and regulations, create an enabling environment for investment, and engage in strategic planning.

The training curriculum, expected to begin in August, will be structured around four monthly sessions. Details will be forthcoming on the websites of ECPA and New Energy.

A Call to Greater Climate Ambition