Renewables as an Engine of Job Growth 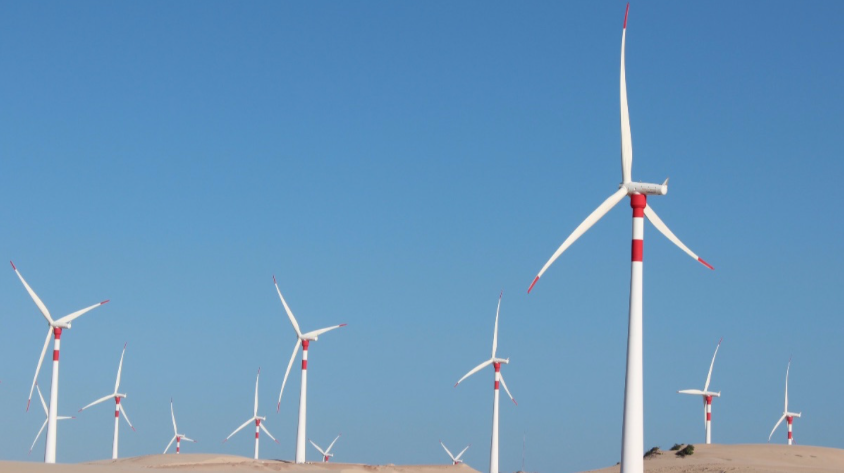 The expansion of the renewable energy sector in recent years has spawned a growing number of jobs all along the value chain. That has many countries taking notice, as they look to restart their economies and put people back to work.

Before the pandemic hit, the renewables sector had seen solid job growth. In fact, last year the U.S. Bureau of Labor Statistics projected that the two fastest-growing occupations over the coming decade would be solar photovoltaic installers and wind turbine service technicians.

Today, as countries around the world draw up plans to jump-start their economies, a growing number of them—South Korea, New Zealand, and Germany, to name just a few—are betting on clean energy. Representatives of Chile and Panama have also said that the energy transition will be part of their countries’ recovery plans. (See related story in this issue, The Stimulating Effects of Clean Energy.)

“Governments can turn to a renewables-based energy transition to bring a range of solutions at this difficult moment,” the Director-General of the International Renewable Energy Agency (IRENA), Francesco La Camera, argued in a statement the intergovernmental organization issued in April. “Many renewable technologies can be ramped up relatively quickly, helping to revive industries and create new jobs.”

IRENA estimates that renewable energy accounted for 11 million jobs worldwide in 2018—a more than 50% increase over the 7.3 million recorded in 2012, according to its report Renewable Energy and Jobs: Annual Review 2019. Countries in Latin America and the Caribbean had about 2 million jobs in renewables in 2017, another IRENA report shows.

While renewable energy has been affected by the Covid-19 crisis, early indications are that it is doing better than other energy sectors such as oil and gas or coal, IRENA Program Officer Michael Renner said during a recent webinar on Economic Recovery after Covid-19: The Role of the Energy Sector.

“Where conventional energy demand is plummeting, current analysis suggests that renewables are actually still growing, though quite a bit less strongly so than was predicted initially for 2020,” Renner said.

IRENA tracks employment along the entire value chain, from project planning and procurement to operations and maintenance, with manufacturing, transport, installation, and grid connection in between; it also factors in support functions such as legal services and research and development. The information has some gaps, Renner acknowledged—it comes from a broad range of public and private sources and is based on different methodologies—but he said it generally provides a comprehensive, year-to-year picture of renewable energy employment.

Worldwide, the solar photovoltaic industry generates the most renewable energy jobs, followed by liquid biofuels, hydropower, and wind energy, according to IRENA data. In Latin America and the Caribbean, Brazil has by far the most jobs in the sector, with liquid biofuels leading the way; Mexico, Chile, and Argentina are among the other countries in the region with significant employment in renewable energy.

Fossil fuels still account for about half of all jobs in the energy sector; the other half includes not only jobs related to renewables but also to energy efficiency, power grids, and energy flexibility. IRENA projects that job creation in these other sectors will far outpace gains in the fossil fuel industry in the coming decades.

Of course, Renner pointed out, “not all jobs are being created in the same place as they are being lost.” He called for countries to develop a strong, comprehensive policy framework to support the growth of renewables. Renner said this should include enabling policies (covering financial, industrial, labor, education, and social protection factors), integrating policies (facilitating the integration of renewables into the grid), and deployment policies (setting targets, mandates, feed-in tariffs, auctions, and other measures).

“We need a coherent overall policy package,” Renner said. He also suggested several measures that might be included in countries’ response to the Covid-19 pandemic. These include recovery packages that stimulate demand for renewable energy and expand public investment; greater flexibility in rules for auctions and other policies; new or extended tax credits and other measures; and support for small businesses, such as those that work in solar installation.

In other presentations during the webinar, Sandro Yamamoto of the Brazilian Wind Energy Association (ABEólica) and Israel Hurtado of the Mexican Solar Industry Association (ASOLMEX) talked about the growth of those sectors and the impact on employment.

Brazil has 15.5 gigawatts (GW) of installed wind capacity, representing about 9% of the country’s energy mix. Over the past decade, the wind industry has generated more than 280,000 direct and indirect jobs, mostly during the construction phase, according to Yamamoto.

In Mexico, the solar industry has grown “exponentially” in the past seven years. The country saw its first two utility-scale solar plants in 2013, with a combined installed capacity of 70 megawatts (MW); today, Hurtado said, it has 68 plants with a total capacity exceeding 4.7 GW, in addition to more than 800 MW of rooftop solar.

In an interview, Hurtado said that solar energy could play an important role in countries’ economic recovery, especially since the timeline for building a solar photovoltaic system is typically shorter than for other types of power plants.

“It generates much faster, labor-intensive employment, which is what will be needed,”​he said. As an added benefit, he noted, countries will be able to bring more clean energy into the grid and take a step closer toward meeting their international commitments.