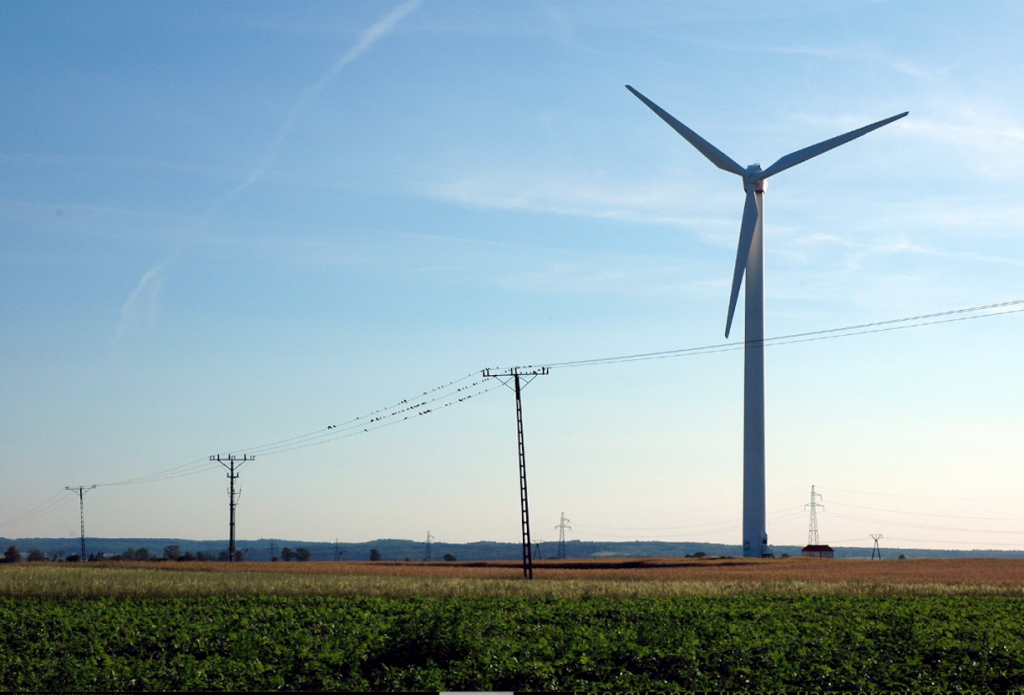 As energy becomes more decentralized—as close to home as solar panels on the roof—the opportunity is there for it to become more democratic too. What does energy democracy look like? It’s often tied to renewables, but it’s about a lot more than that.

The transition to renewable energy opens doors to democratization but doesn’t guarantee it, according to three academics at Arizona State University (ASU) who are co-editing a book titled Democratizing Energy.

In fact, they said in a recent joint interview, some investments in renewable energy have simply replicated the same centralized decision-making model as before—such as by siting a giant wind farm in a community that’s opposed to it. 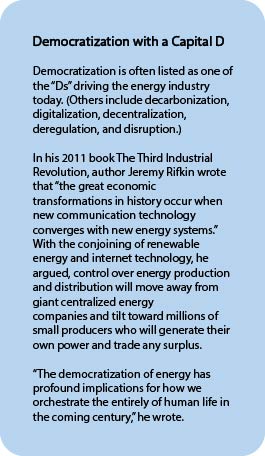 “Maybe it’s good for the environment, maybe there’s some benefit there, but it doesn’t get rid of all of the structural social problems,” said Dr. Jennifer Keahey, Assistant Professor of Sociology in the ASU School of Social Behavioral Sciences.

The three scholars approach the subject from different academic disciplines but share the view that energy is central to society and human development.

“Unless you’ve got a better energy system, you’re not going to have a better social system,” explained Dr. Majia Nadesan, Professor of Communication in the School of Social Behavioral Sciences, who is spearheading the book project.

While locally produced energy is not always the answer, she said, “people have to understand and have some decision-making power over the energy forms that are available to them.”

Local energy solutions such as microgrids are more possible now than before, thanks to technological developments in recent years—especially in wind and solar power. But structural change takes time, and sometimes renewable energy projects end up mirroring traditional energy delivery systems, noted Dr. Martin Pasqualetti, Professor of Geography in the School of Geographical Sciences and Urban Planning.

Take the case of utility-scale solar power. “You’ve got the most ubiquitous resource there is, it’s everywhere on the planet, yet we’re doing these big, massive centralized energy developments, which makes absolutely no sense,” Pasqualetti said. “Solar is already distributed,” he added, “so you don’t have to have those power lines.”

Democratizing Energy, which is under contract with the publisher Elsevier and is expected to come out in late 2021 or early 2022, will compile papers by several dozen researchers from around the world. The collection is being organized around three broad subjects: imagining energy democracy, transitioning to energy democracy, and energy democracy insecurities and risks.

Being able to envision what energy democratization could look like is an important starting point, according to the ASU team. “What you imagine is obviously going to shape your trajectory forward,” Nadesan said.

That means rethinking the scope of possibilities for the energy future, along the entire “lifespan” of energy production and distribution. One supply chain issue: how to make renewable energy technologies less dependent on rare earth elements, which are largely controlled by China. 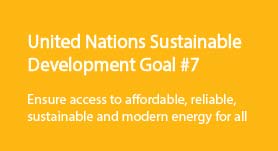 Another aspect has to do with making technology simpler and more affordable, Keahey said. She talked about visiting a remote village in northern Ghana several years ago, where a grassroots nongovernmental organization had worked with local residents to install some solar panels mounted on poles. It was one of the few places in the area where people had regular access to electricity, and the design and materials were basic enough that members of the community could maintain the system themselves.

While renewables are driving much of the public discourse around energy democracy, it’s also important to look at how conventional energy can become more democratic, Keahey said. This might include making energy more accessible in communities directly affected by fossil fuel developments and ensuring that local residents have a say in decisions.

Consultation must be a critical part of all energy projects, Pasqualetti said. “You can think you have everything all buttoned up from a technical standpoint, but the social side of things can slow you down or even stop you in your tracks, especially in a democracy like ours,” he said. “The fact of the matter is, you’ve got to involve people.”

That process isn’t always easy. “Pluralism assumes that there are going to be multiple stakeholders with multiple interests,” Nadesan said. “How do you create structures that allow people to voice their concerns and resolve them in relatively equitable ways?”

Keahey, for her part, thinks that something resembling the fair trade model could someday be applied to energy and help to reduce inequality. Fair trade, which started in the coffee sector but has since expanded to some other commodities, establishes regulated systems for buying and selling, with products commanding a premium price if they meet certain standards. Different sets of standards apply depending on the size of the operation.

“There is room to develop national and regional trade networks through the buying and selling of energy in a fair, sustainable way,” she said.

The transition to renewable energy, however gradual and imperfect, does open up new opportunities for thinking about energy in more democratic terms than in the past, Pasqualetti believes. In parts of the Midwestern United States, he said, wind power is helping to save family farms, in some cases providing more income than the crops they grow. Not all farmers want wind turbines on their property, but some do—and energy investors and developers need to take that into account.

“Instead of just putting wind turbines wherever the wind is blowing a lot,” he said, “put it where people actually want it.”