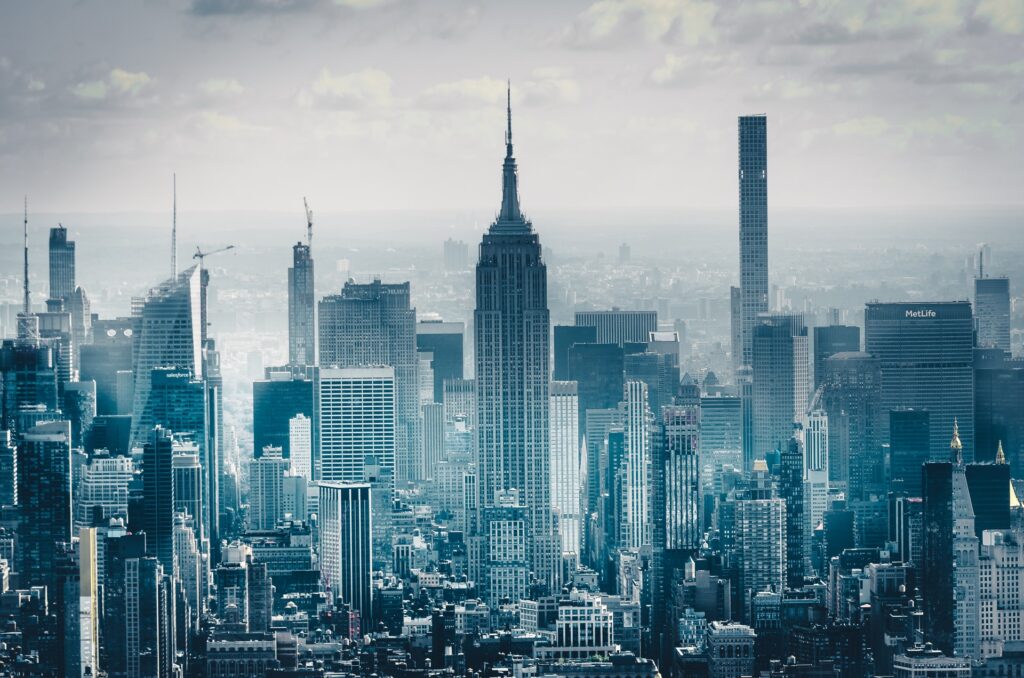 The average school or apartment building or skyscraper positively hums with energy, as occupants turn on air conditioners, fire up furnaces, or power an array of appliances, machines, and devices. All that activity emits a lot of carbon, of course, which is why improving energy efficiency is so important. But a less visible source of building emissions is also starting to attract more attention these days: the “embodied carbon” in the structure itself, a result of the carbon-intensive processes involved in producing construction materials in the first place. Take, for example, cement.

An essential ingredient in concrete—reportedly the most widely used manufactured material in the world—cement is a major emitter of carbon dioxide (CO2). Its emissions come from both the raw materials it’s made of and the fuel burned to produce it.

Cement is everywhere—not only in buildings but in roads, bridges, pipes, sidewalks, tunnels, and dams, to name just a few. Figures vary, but cement clearly has a huge carbon impact:

And it’s not as if building is going to stop any time soon. In fact, many countries are pouring money into infrastructure as a way to spur post-pandemic economic recovery. The need for such investment is especially acute in developing countries with large deficits in housing and other construction. All that adds up to even more cement.

Many companies in the industry are looking to shrink their carbon footprint. “We want to support development, but we also want to be responsible for our emissions,” said María José García, Executive Director of the Inter-American Cement Federation (FICEM).

Speaking at the Hydrogen Congress for Latin America and the Caribbean, held in April of this year, she said that green hydrogen—hydrogen produced with renewable energy—is one of the technologies that could eventually help reduce emissions in the cement manufacturing process. 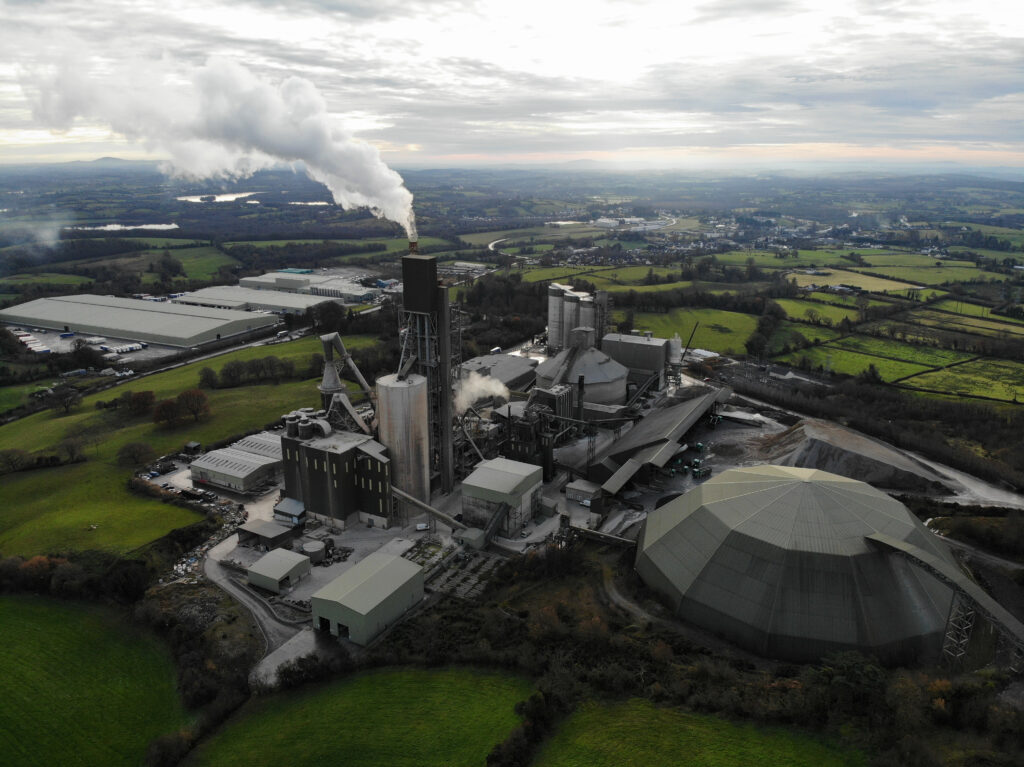 García noted that the industry has been working for more than a decade to cut its emissions, through the Cement Sustainability Initiative, and has already achieved a 20% reduction over 1990 levels. “We have a lot more to do,” she added.

The cement industry “has an important role to play in decarbonization,” acknowledged the CEO of the Mexican company CEMEX, Fernando González, during CEMEX Day 2021, a virtual meeting the company held with investors in June. “Climate action is the biggest challenge of our lifetime, and progress on this front will differentiate players in the industry,” he said.

CEMEX, which González described as “the largest concrete manufacturer in the Western world,” had previously announced its goal to deliver “net zero concrete” by 2050. During the June meeting, González said the company has ramped up its shorter-term targets and now plans to reach a 35% reduction in carbon from 1990 levels by 2025 and a 40% reduction by 2030. Progress on this front is now a factor in compensation for the senior management team, he added. 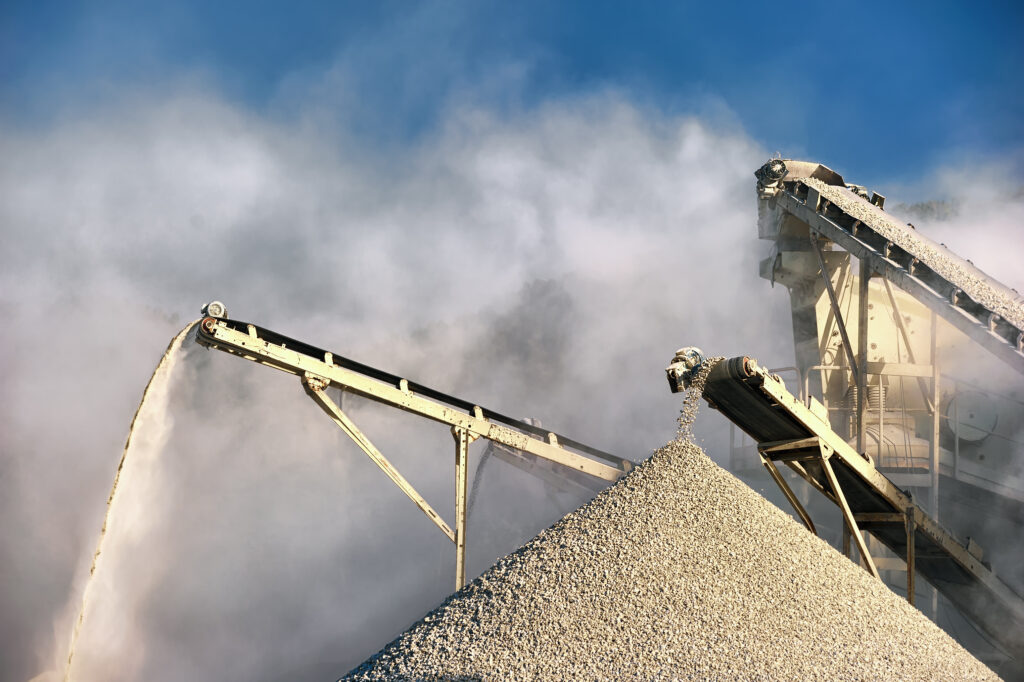 Cement is essentially the glue that binds together the other materials in concrete, such as sand and crushed rocks. Portland cement—named in the early 19th century for its resemblance to Portland stone, quarried in England—is the most common type of cement used around the world.

The main raw material in cement is limestone, or calcium carbonate, which is burned at extremely high heat to produce a lumpy material called clinker. That material is then ground up and mixed with other components to produce cement.

The biggest source of emissions is the process to break down the limestone. The 2018 publication Technology Roadmap: Low-Carbon Transition in the Cement Industry, published by the IEA and CSI, explains it this way:

Typically, 30-40% of direct CO2 emissions comes from the combustion of fuels; the remaining 60-70% comes from the chemical reactions involved in converting limestone to calcium oxide, a precursor to the formation of calcium silicates, which gives cement its strength.

The massive amount of carbon dioxide created in the manufacture of cement remains in the atmosphere for a long time. As an article last year in Greentech Media put it, the roar of the furnace “reverberates for generations.”

On the industry front, efforts to reduce carbon are focusing on several areas, according to the 2018 Technology Roadmap—including better energy efficiency, alternative fuels, a reduced clinker content, and technologies such as carbon capture.

But much of the impetus for change is coming from outside the industry, in some cases in the form of government policies at the municipal, state, or national level.

“When jurisdictions have climate goals, they’re looking for ways to reduce emissions,” said Webly Bowles, who manages projects and does research at New Buildings Institute (NBI), an organization that supports efforts to improve energy efficiency and decarbonize the built environment. In some cases, Bowles said in an interview, that may mean changing procurement policies to require a lower carbon content in concrete and other building materials. 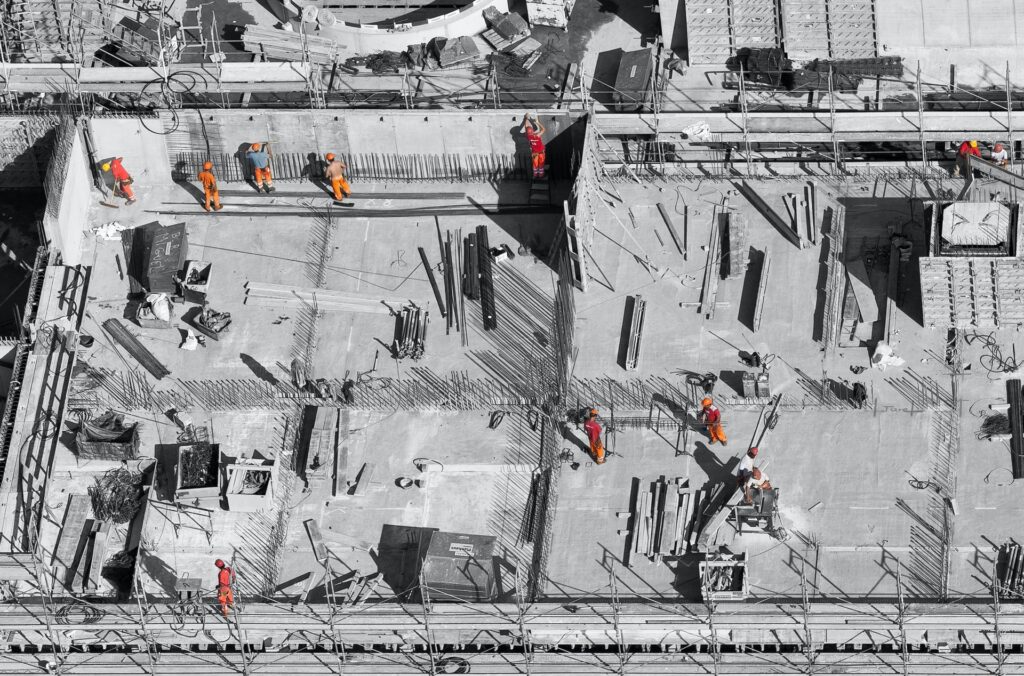 This type of legislation is in the works in several U.S. states. In July of this year, Colorado passed the Buy Clean Colorado Act “to limit the global warming potential for certain materials used in public projects,” including cement and concrete mixtures.

California set such “buy clean” standards in 2017, though cement and concrete were not among the materials covered. A bill making its way through the legislative process would require the development of a strategy “for the state’s cement sector to achieve net-zero emissions of greenhouse gases associated with cement used within the state as soon as possible, but no later than December 31, 2045.” Meanwhile, an ordinance adopted in 2020 in Marin County—a small, wealthy county in California—added a low-carbon concrete requirement to the local building code.

Policies on materials with lower embodied carbon are also under consideration at the federal level. An independent advisory committee has made recommendations along those lines to the General Service Administration (GSA), the largest public real estate organization in the country.

“The United States federal government has an opportunity to lead the nation in sending a clear, consistent signal to the market, creating meaningful change,” the committee wrote in a letter to the GSA in February. It noted that 46% of the Portland cement produced in the United States is used on government-funded projects. 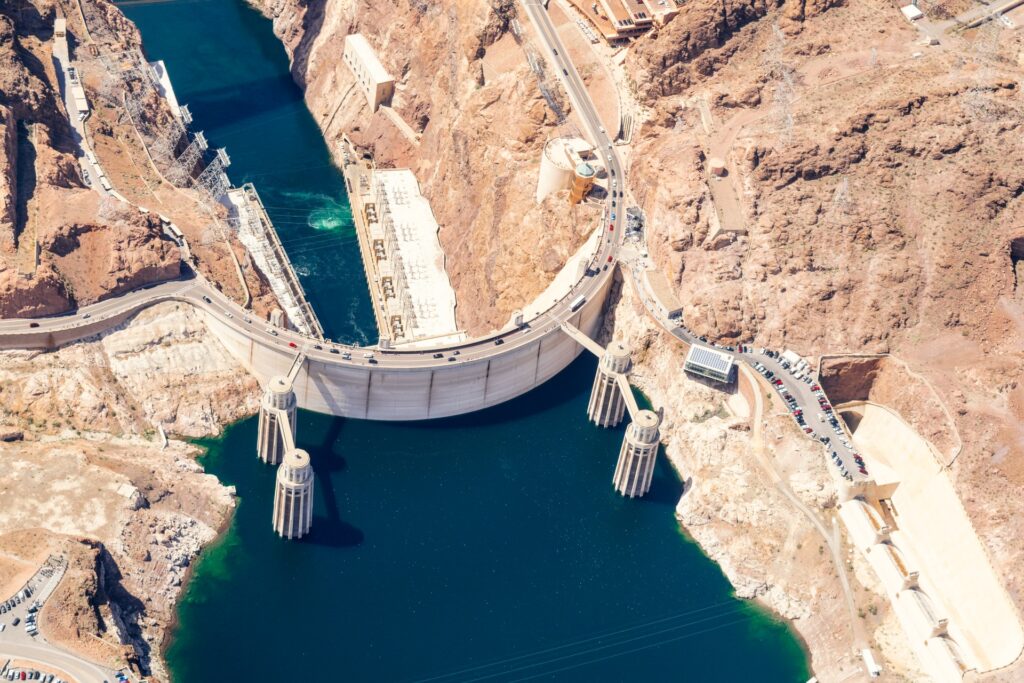 A bill introduced in the U.S. House of Representatives in March, the Clean Future Act, would establish standards to reduce the embodied emissions of construction materials and products in projects involving federal funds.

Manufacturers can demonstrate the carbon intensity of their products through what are called environmental product declarations, which are third party-verified assessments of the environmental performance of a product throughout its life cycle. The number of these declarations for concrete products has accelerated significantly in the past three years, Bowles said, adding that this points to increased interest in this aspect of emissions.

She believes that the pressure to reduce emissions for cement and concrete specifically will continue to build, in part because of the relatively local nature of those materials. Cement is manufactured in some 37 U.S. states, she said, and concrete tends to be produced locally, using sand and aggregate from the area.

“It’s kind of easy to ignore emissions that are not local,” she said. “A local product is something that you might care about a little more.”

What can be done to reduce the carbon content of cement and concrete?

The industry is exploring, developing, or implementing a range of options. Some of these involve using fuels that are cleaner than the coal or petroleum coke commonly used in the cement sector. Less carbon-intensive alternatives include biomass or waste that would otherwise be sent to a landfill. 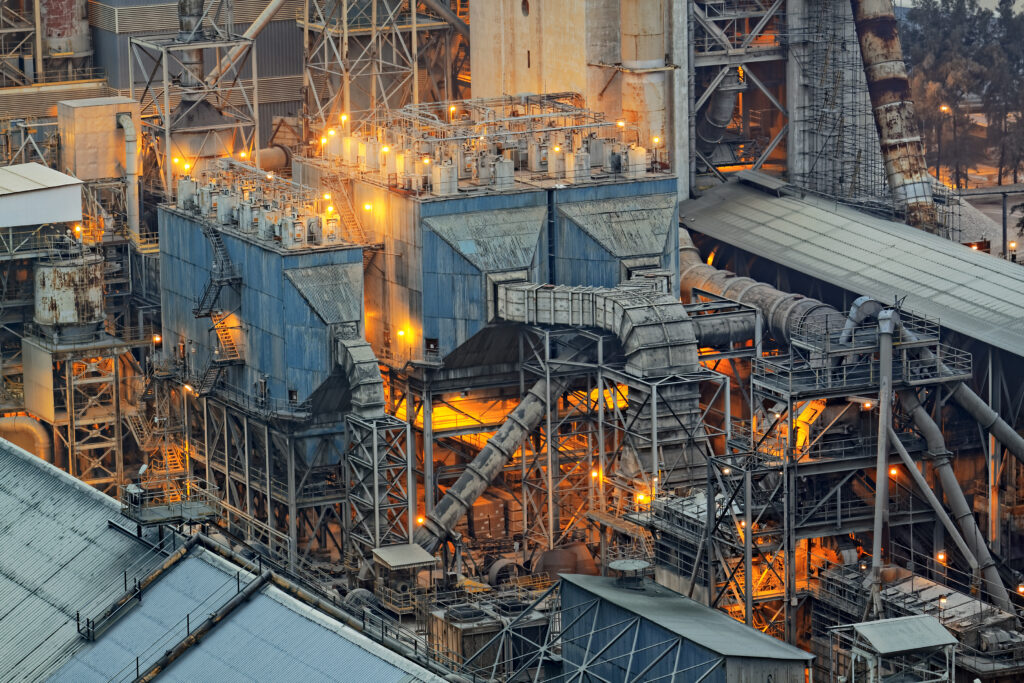 Other solutions focus on the concrete mix. Cement makes up a relatively small part of concrete but accounts for most of the emissions, so one way to reduce the carbon content of the final product is to substitute some of the cement with other materials. Fly ash and slag, which are byproducts from other industrial processes, are being used in some cases, as is clay.

A Canadian company called CarbonCure has attracted widespread attention and investment for its technology to inject captured CO2 into fresh concrete during mixing. “Once injected, the CO2 reacts with the concrete mix and becomes a mineral that is permanently embedded,” says the company’s website, which notes that this mineralization process not only increases climate benefits but also increases the concrete’s strength.

Last year, CEMEX opened a plant in Rüdersdorf, Germany, which it expects to become carbon-neutral by 2030. The idea is to showcase “the art of the possible,” CEO Fernando González told investors in June. “We are utilizing alternative fuel substitution, waste heat recovery, green hydrogen, decarbonated raw materials, activated clay, and carbon capture,” he said. “We are analyzing technologies to potentially transport and store carbon as well as to transform the carbon produced into green fuels that can be reused in other industrial sectors.”

Beyond manufacturing, though, engineers, architects, and others involved in the building sector need to participate in the conversation, according to Webly Bowles of New Buildings Institute, who is an architect herself.

“It’s not just about the products themselves, but there’s a role that designers and contractors have to play in this,” she said. In some cases, maybe it’s appropriate to build less, she said, adding that repurposing existing buildings is something seen more often in Europe than in the United States. 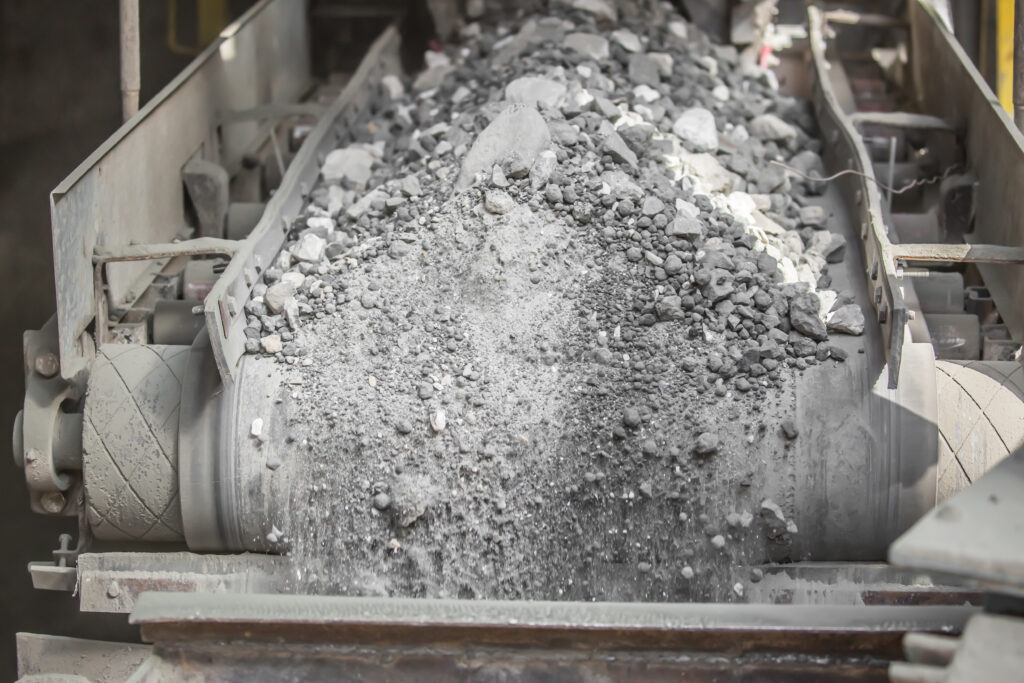 “We also can limit the amount of concrete that we use,” Bowles said. Structural engineers often call for a stronger concrete than is necessary for the performance specifications of a particular building, sometimes out of simple habit, she said: “I used this in the last project, why not here?” Asked whether incidents such as this summer’s collapse of the beachfront condominium in Miami could lead to different decisions, she said, “Even the strongest concrete will not solve for lack of maintenance.”

It’s also important to learn from traditional approaches to building, she said; for example, rammed earth is one alternative that could be used to replace concrete altogether in some situations.

“The West cannot solve our global emission problems alone,” Bowles said. “People have been building around the world and living in buildings comfortably for thousands of years, and the Western world has just kind of mowed that all down and said, ‘Well, we have a solution. It’s called air conditioning!’”