In the Bullseye of Two Hurricanes 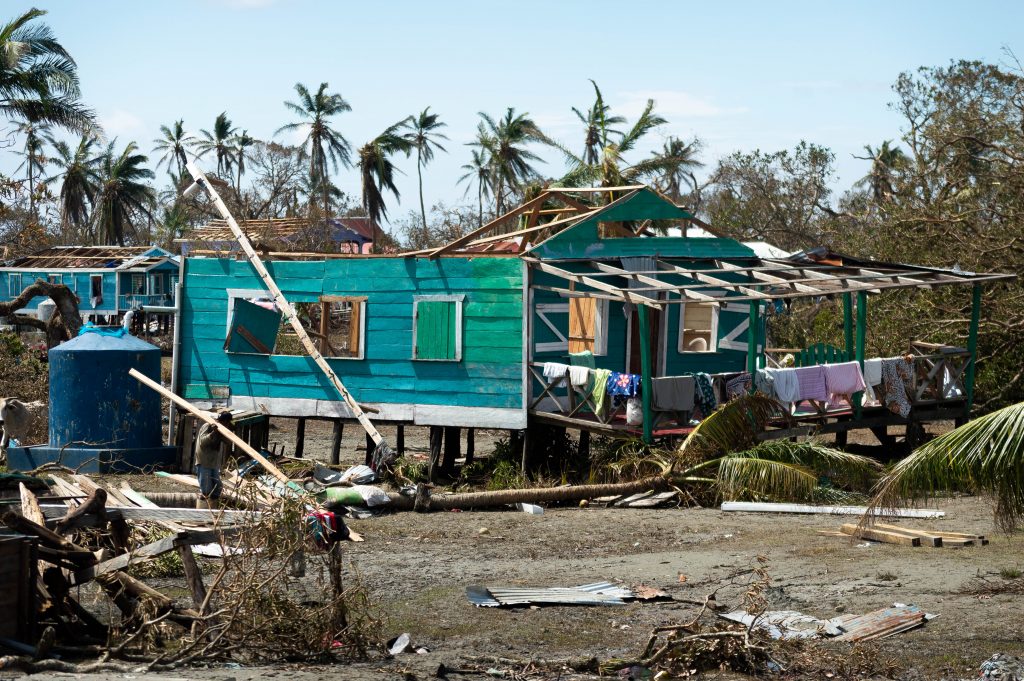 The two massive hurricanes that lashed Central America last November—Eta and Iota—upended the lives of millions of people in the region. As part of an ongoing series on the fallout, the Energy and Climate Partnership of the Americas (ECPA) looks at Nicaragua’s northeastern Caribbean coast, where the eyes of both hurricanes made landfall just two weeks and about 12 miles apart. A Nicaraguan scientist talked to ECPA about the work ahead to help restore the natural habitats along the coast and thereby bring back the livelihoods of the local indigenous communities.

One of the most visible impacts of the two storms was the destruction of vast swaths of mangrove forests—critical ecosystems that serve as breeding areas for fish and nesting grounds for water birds. Mangroves provide refuge for countless species of plants and animals that sustain fishing communities throughout the area.

The 2020 Atlantic hurricane season had 30 named storms—the most on record, according to the U.S. National Oceanic and Atmospheric Administration (NOAA)—and 13 of them were hurricanes.

Rapid assessments done after the storms found that in some places, only 10% of the mangroves survived, according to Marcos Williamson, who heads the Institute of Natural Resources, Environment, and Sustainable Development at the University of the Autonomous Regions of the Nicaraguan Caribbean Coast (URACCAN, for its acronym in Spanish).

The taller the forest, the more the resistance to the winds—and the greater the destruction if it succumbs. That means the most mature mangrove forests tend to be the hardest hit, said Williamson, who is based at the university’s campus in Bilwi, part of the municipality of Puerto Cabezas.

He and several other URACCAN scientists, including botanists, ecologists, and marine biologists, traveled to several coastal communities south of Puerto Cabezas a few weeks after the hurricanes, accompanied by a New York Times crew. A video published on the newspaper’s website shows before-and-after aerial views of a Miskito village called Haulover, set on a strip of land between the Laguna de Wountha and the Caribbean Sea.

Iota made a direct hit on the village, turning once-lush mangrove forests from deep green to brown. Coconut groves were demolished. The hurricane dredged a wide channel that cut right through the village, connecting sea and lagoon.

In Haulover and other nearby communities, people typically fish in the sea during the dry season, roughly the first four months of the year, Williamson explained in a phone interview. Beginning around May, they turn to the lagoon for their catch, which includes shrimp, corvina, snook, and other species.

Williamson and his team hope to study various impacts of the recent storms on the lagoon and other nearby ecosystems, comparing their findings against baseline data they have accumulated over several years.

For example, they want to understand how the new opening to the sea at Haulover may affect the salinity of the lagoon. Seawater naturally flows in and out of lagoons and estuaries, but a major new inflow could, over time, alter the chemical composition enough that the lagoon may no longer attract the same types of fish as before.

Another question that merits study is how the oxygen levels in these waters may change, due to the decaying leaves and branches and tree trunks that ended up in the rivers that feed into the lagoon. The decomposition of all this organic debris requires oxygen, and therefore less oxygen might be available for marine life.

Williamson, who has degrees in both marine ecology and forestry, also hopes to implement a project to help restore the area’s mangrove forests. This is not something that will happen overnight. After Hurricane Felix in 2007—another powerful hurricane that made landfall on Nicaragua’s northeastern coast, that time north of Puerto Cabezas—it took seven or eight years for the mangroves to reach a mature height and density.

Williamson believes the university can accelerate the recovery process somewhat by using silviculture techniques. In some areas, for example, new shoots often come up in dense clumps, making it hard for them to compete for resources in a small space. By thinning out these areas and transplanting some of the shoots, the scientists can make it easier for the plants to succeed and colonize new areas that are not yet seeing growth.

How extensive the research and recovery process can be will depend on how much funding the university can secure. First, URACCAN itself had to recover after the hurricane, as most of its Bilwi campus had to be completely rebuilt.

These types of events drive home the importance of resilience, the need to “get back in the fight again” after a setback, said Williamson, whose own home also sustained substantial hurricane damage. It’s a lesson he’s been teaching his grandson in recent weeks: “We’re going to cry, but we’re going to work too. We have to keep on working.”

The work the university team hopes to do in the coastal communities in the coming months and years is focused on giving nature a hand, but ultimately, it’s also about helping the people who depend on the lagoon and the forests for their sustenance, according to Williamson. “To the extent that we can restore the forest as quickly as possible, the community can get back to the condition it was in before,” he said.

More than three months after Iota, communities like Haulover are just starting the long process of recovery. The first task, of course, was simply to survive, and the residents of these coastal villages did that by getting out of the storm’s path and seeking refuge. No deaths were reported in this area—in part, Williamson believes, due to lessons learned from the experience with Hurricane Felix.

Although people have long since returned to their communities, the extent of the damage means they have had to rely heavily on assistance and donations. In Haulover, which is home to about 300 families, residents are now living in makeshift structures cobbled together from salvaged lumber from their destroyed houses and zinc roofing supplied by the government.

Getting enough drinking water remains a challenge; among other things, Iota filled up wells with saltwater. When it doesn’t rain, villagers have to head up the river and bring in freshwater by boat.

One of the next steps will be to replant the crops they grow for their basic diet, including rice, beans, yuca, and a tuber called quequisque, along with bananas and plantains.

People are starting to fish again, at least enough for their own consumption, using donated or borrowed nets. The government has brought in some dugout canoes. It will take some time, though, before these villages have enough equipment, including outboard motors, to catch enough fish to sell.

Given that climate change seems to be bringing more intense and more frequent storms, it might make sense from a technical standpoint for a community like Haulover to relocate to a less vulnerable site with natural barriers, Williamson said. But there are factors that go beyond the technical, to encompass social and cultural values.

“The communities live connected to the land where they were born,” he said. And so, even though their community is literally divided in two by the new channel of water, the residents of Haulover have decided to stay put.

“The problem with climate change is that those of us who least affect climate change are the ones who receive the biggest impacts,” Williamson said. While most greenhouse gases are produced by industrialized countries, he added, they end up hurting tiny fishing communities that lack the resources to cope with the effects.

“Climate change affects everyone, but not all of us in the same way,” he said.

The 2020 Atlantic hurricane season had 30 named storms—the most on record, according to the U.S. National Oceanic and Atmospheric Administration (NOAA)—and 13 of them were hurricanes.

A storm gets a name when it has top winds of at least 39 miles per hour (mph), and it is designated a hurricane when top winds reach at least 74 mph. Once the regular 21-name list is exhausted, the Greek alphabet is used for the remainder of the season; hence, the two storms that hit Central America in November were Eta and Iota.

According to United Nations figures, these two hurricanes together resulted in 189 deaths and affected more than 5 million people. Economic losses are in the billions of dollars.