Greening the Power Grid in the Dominican Republic 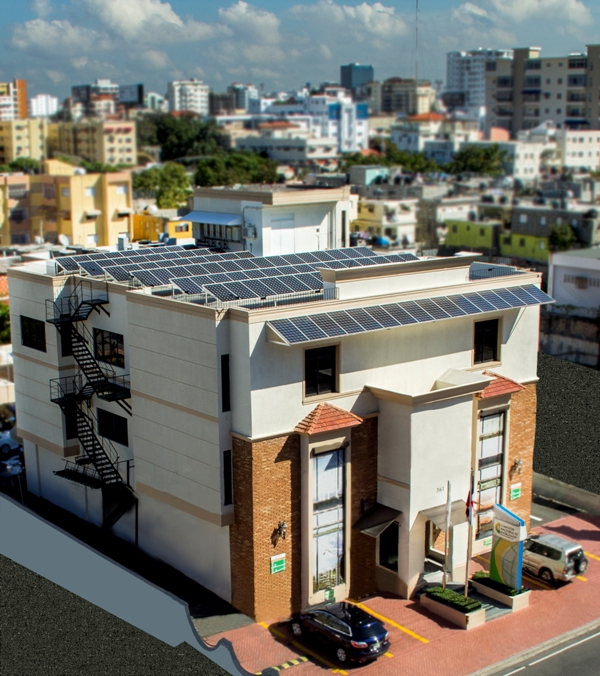 SANTO DOMINGO, Dominican Republic—Most of the electric power generated in the Dominican Republic comes from fossil fuels, but investments in wind and solar energy are on the rise. The country’s commitment to produce 25% of its electricity from renewable sources by 2025 is “achievable,” said Deputy Energy Minister Ernesto Vilalta. Plus, there’s a growing role for natural gas.

With one of the fastest growing economies in the Latin American and Caribbean region, the Dominican Republic has seen a rising demand for energy in the past decade. From 2010 to 2019, total installed capacity of the National Interconnected Electricity System (SENI), which supplies most of the country’s power, increased by more than 52%, according to official figures.

The country relies heavily on imported fossil fuels—including fuel oil, natural gas, and coal—for electric power, but in recent years it has put a priority on generating more of its electricity needs from renewable sources. That policy is on full display at the Renewable Energy Theme Park that opened this month outside the nation’s capital. (See related story in this issue.)

A law enacted in 2007 (Law No. 57-07) established incentives for renewable energy development and set a target of generating 25% of the country’s electricity needs from renewables by 2025. The country has also made an international commitment to reduce its greenhouse gas emissions by 25% by 2030, compared with 2010 levels.

As a Caribbean country, the Dominican Republic naturally has an ample supply of sun and wind, so it makes sense that much of the growth in renewable energy is coming from those sources. In the 12 months ending in September 2019, solar accounted for 1% of the power generated, biomass another 1%, and wind 4%. As of September, the installed capacity for wind was 7%, according to SENI.

“When the commitment was made, there wasn’t anything,” Vilalta said in a recent interview. (In fact, SENI statistics show no wind production until 2011 and no grid solar until 2016.)

Another source of renewable energy, hydroelectric power, accounts for 14% of the country’s installed capacity but just 6% of the power generated in the past year. Of course, percentages do not stay static; as overall demand continues to grow, renewables will have to keep growing even faster to increase their share of the energy mix. But Vilalta said the 25% target is “achievable.” 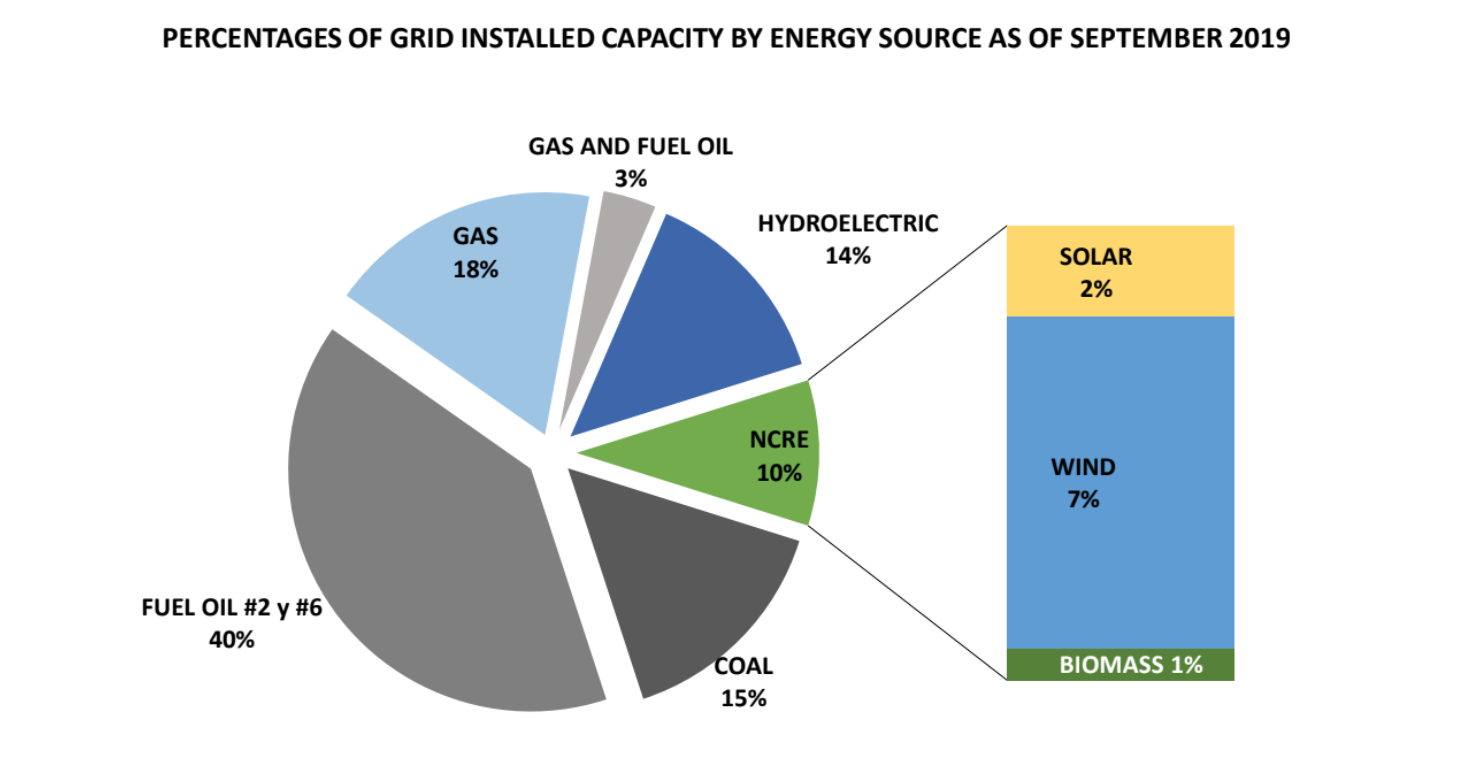 Last year, Montecristi Solar—billed as the largest solar farm in the Caribbean region, with a capacity of 58 MW—began operating in the northwestern part of the country. Earlier this year, the National Energy Commission (CNE) approved a slate of wind and solar concessions with a total capacity of 874 MW.

The Dominican Republic has established tax incentives and other measures to encourage development of renewable energy. Rooftop solar has increased significantly, due to a net metering system that allows customers to offset the costs they pay to their electric utility by feeding their excess power into the grid.

Representatives of renewable energy companies were recently quoted in the local press complaining about restrictions on how much energy could be fed into the grid through these types of small systems. Vilalta said that the matter was under negotiation but that it was in everyone’s interests to reach a solution so that this type of growth could continue. “We have to get to a point where everyone wins,” he said.

At the same time that the government is pushing renewables, it is looking at ways to increase its use of natural gas as a cleaner alternative to fuel oil, which is now used to generate more than 40% of the country’s electricity.

The energy company AES has a gas-fired power plant in the southern part of the country and a terminal to import liquefied natural gas (LNG). A new gas pipeline under construction will facilitate distribution from that terminal to other power plants.

In September, the U.S. Trade and Development Agency awarded a $1.2 million grant to the Ministry of Energy and Mines for a feasibility study to evaluate the development of an LNG import terminal and gas-fired power plant on the northern coast. Such a facility would enhance energy security in a country susceptible to hurricanes, Minister of Energy and Mines Antonio Isa Conde said in signing the agreement.

Meanwhile, the Dominican Republic also hopes to eventually produce oil and gas of its own. In July of this year, it launched its first licensing round, offering bidders 14 blocks for exploration, four of them offshore. While indications point to gas off the southern coast, Vilalta said, “we don’t know for certain whether it can be commercially exploited”.