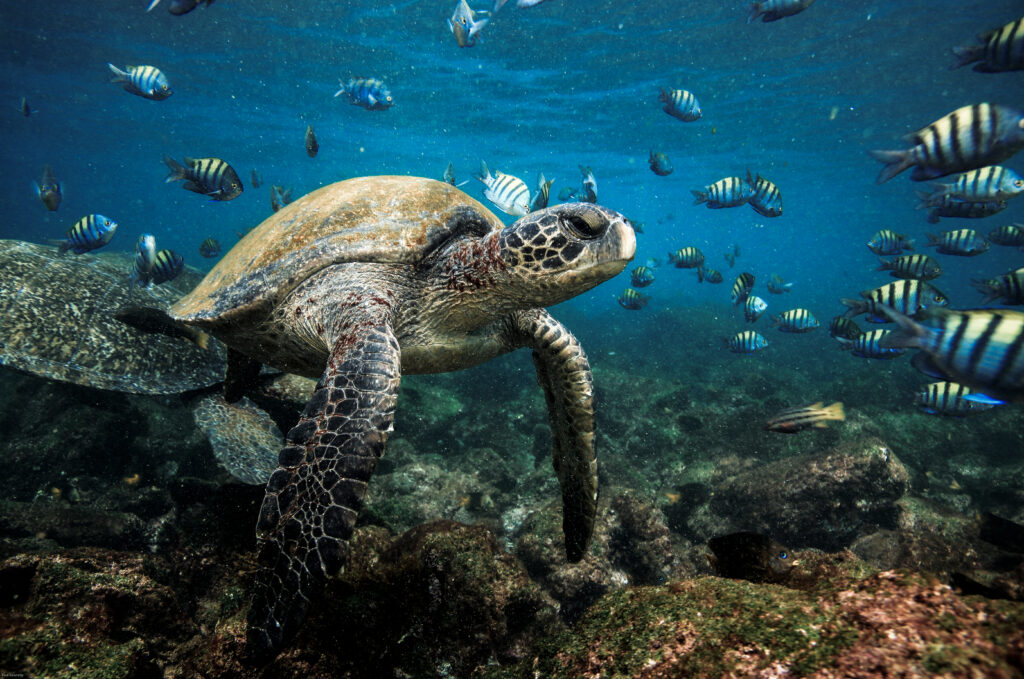 Ocean conservation got a boost at COP26 when the presidents of Colombia, Costa Rica, Ecuador, and Panama announced plans to expand their countries’ protected waters and create a new interconnected reserve to jointly protect a vast ecosystem teeming with marine life.

In a declaration signed in Glasgow, Scotland, the four Latin American leaders committed to work together to create a Marine Biosphere Reserve in the Pacific Ocean corridor connecting islands that belong to each of their countries. The area, known as the Eastern Tropical Pacific Marine Corridor, serves as a migration thoroughfare for whales, sharks, tuna, sea turtles, and a host of other marine animals.

President Carlos Alvarado of Costa Rica said that through this agreement, the four countries will be protecting “some of the world’s most valuable ecosystems.”

“The protection of nature is a fundamental step to tackle climate change,” Alvarado said. “It is essential to have healthy oceans to be able to protect hundreds of marine species that are important for ecosystems and for the people of our region.” 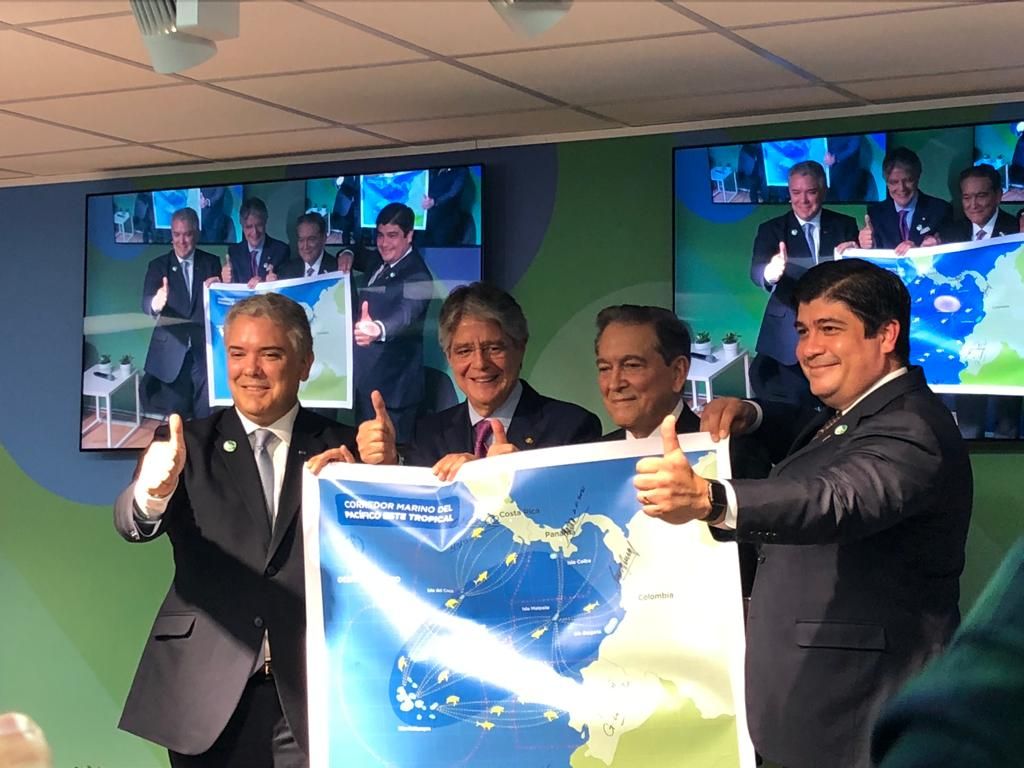 Each of the countries will take different steps at the national and regional level to expand their protected areas. President Guillermo Lasso of Ecuador announced at COP26 that his country will add 60,000 square kilometers (more than 23,000 square miles) to the existing marine reserve around the Galápagos Islands, which currently covers about 138,000 square kilometers. 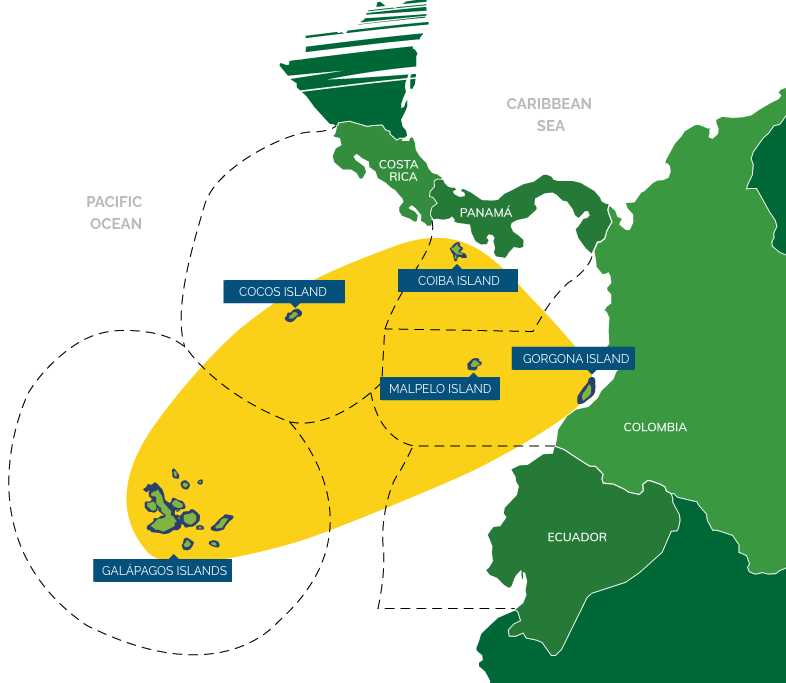 This map shows the Eastern Tropical Pacific Marine Corridor (in yellow), where Costa Rica, Panama, Colombia, and Ecuador plan to create a Marine Biosphere Reserve. The dotted lines show the exclusive economic zones where each country has jurisdiction over marine resources. Source: http://www.cmarpacifico.org/

Oceans cover more than 70% of the Earth’s surface. They play a critical role in absorbing carbon dioxide and regulating climate and are a rich source of biodiversity. Dozens of countries around the world—including the four that signed this agreement—have set a goal to protect at least 30% of their ocean and land areas by 2030, through an initiative known as 30×30.

In his remarks at the signing event, President Laurentino Cortizo of Panama said that 30.5% of his country’s ocean area is now protected, nine years ahead of the 30×30 schedule. “Four countries are sending a message to the rest of the countries of the world that by taking action, we’re protecting 30% of the marine species,” he said. “That is a powerful message.” 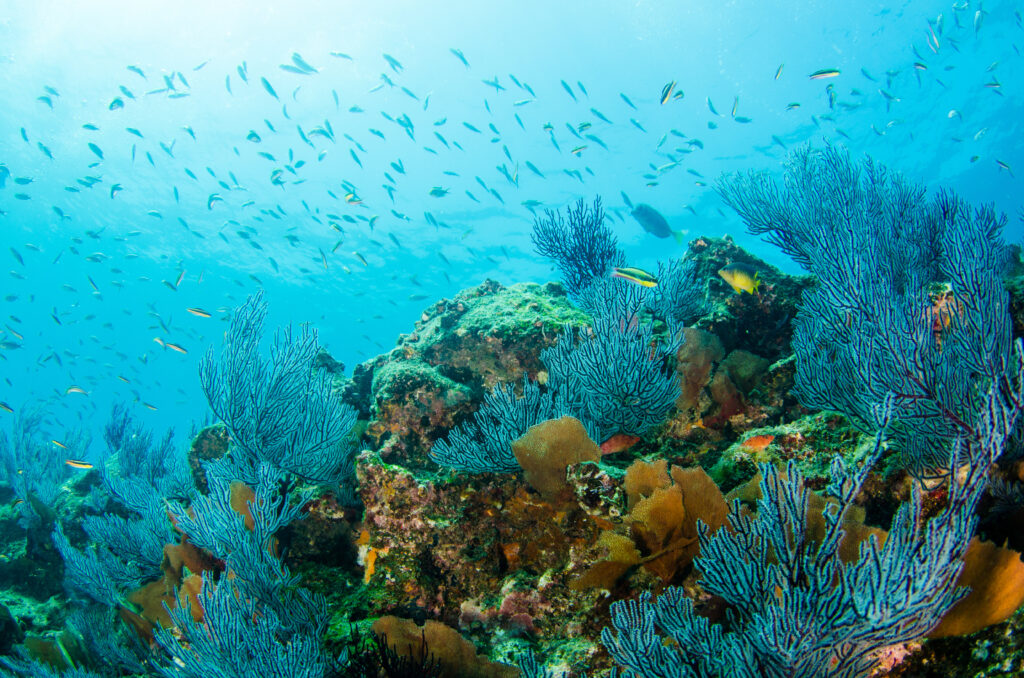 Duque, meanwhile, said that Colombia will more than double its marine area under protection, adding new protected areas or expanding existing ones in both the Pacific and the Caribbean. Colombia will reach the 30% goal by 2022, he said.

In announcing the expanded protected area around the Galápagos archipelago, Lasso said his government plans to pursue a “debt-for-conservation swap,” which would provide the funds needed to manage the area and make much-needed infrastructure improvements on the inhabited islands.

The idea behind these types of debt swaps is that a creditor forgives part of a country’s sovereign debt in exchange for that country’s investing in conservation or climate action, for example. Instead of making debt payments, the debtor nation pays into a fund to be used for agreed-upon purposes.

Although he did not provide many details, Lasso suggested that Ecuador could work with a multilateral lending institution to set up a trust fund that would provide funding in perpetuity to conserve the designated areas. He said that the government is in the process of studying proposals it has received along these lines.

“We will very carefully evaluate each of the proposals in order to maximize the environmental conservation benefits in this marine reserve area,” Lasso said. “We will invest these funds to preserve this marine area and also the Galápagos National Park.”

In a news conference in Glasgow, Lasso explained that half the expanded area under protection will be a no-take zone for fishing, and longline fishing will be banned in the other half. He said the expansion of the protected area is the result of five months of dialogue both with artisanal fishing communities and with the fishing industry. They understand, Lasso said, that these types of protections will ultimately benefit them by increasing the overall fish population—which means that outside the protected areas, there will be more fish to catch.