Big Opportunities on a Small Scale 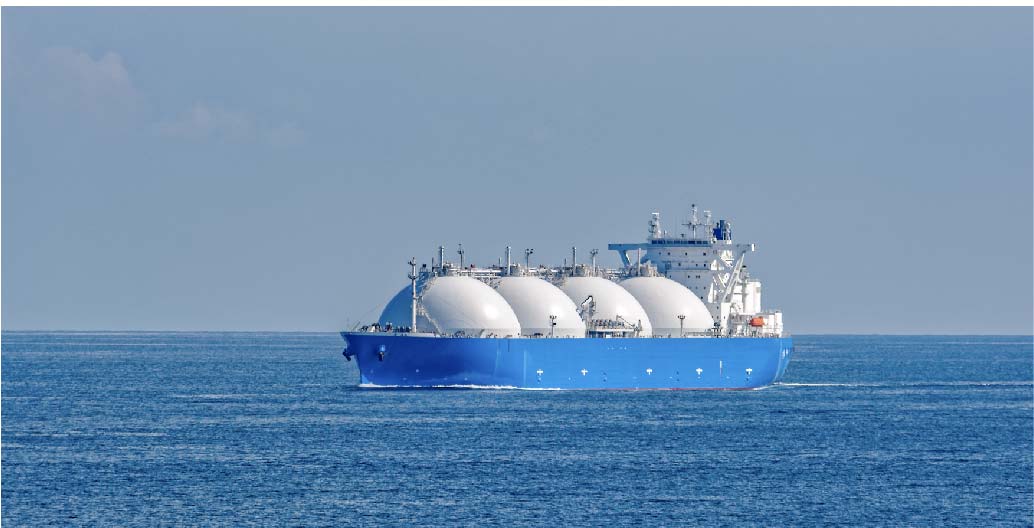 Natural gas has some clear advantages over diesel or heavy fuel oil—it’s cleaner to burn and less expensive—but it has not always been a practical option for small countries. That is changing. Innovations in technology, advances in logistics, investments in infrastructure, and strong market forces mean that liquefied natural gas (LNG) can now be economically viable on a very small scale, opening up new prospects for power generation, transportation, and industry in Central America and the Caribbean.

Several projects are already up and running, and others are in the works. Central America’s first natural gas-fired power plant—the 381-megawatt (MW) AES Colón—went into operation two years ago in Panama, the result of a $1.2 billion investment by the U.S.-based AES Corporation. Last year, the company inaugurated a 180,000-cubic-meter storage unit at the plant so that it can import U.S. LNG on a large scale and then resell it in smaller quantities to some of its neighbors in the region, in a “hub-and-spoke” distribution arrangement.

Another U.S. company, New Fortress Energy, is building a 300 MW gas-fired plant in Puerto Sandino, Nicaragua, and has built other plants in Puerto Rico, Mexico, and Jamaica. Its latest plant in Jamaica, which began operating earlier this year, is designed to supply 100 MW of power to the local electric utility as well as 280,000 pounds of steam per hour to the Jamalco refinery, which refines bauxite into alumina.

In El Salvador, meanwhile, the Energía del Pacífico project will consist of a 378 MW gas-fired power plant, a floating storage regasification unit (FSRU), and a 44-kilometer electric transmission line. Invenergy, a U.S. company, is the majority shareholder in that project, which is expected to be operational by the end of next year.

What’s driving all this activity? For one, supply and demand. The United States has gas to sell, while many nearby countries are looking for cleaner sources of energy than they have now. Many of them see natural gas as an alternative in the short to medium term, as they transition to renewable energy. (See previous story, The Role of LNG in the Energy Mix.)

Responding to those market forces, countries and companies have been working to overcome the obstacles that had kept natural gas from being a potential solution to small-scale energy needs. One piece of the puzzle was how to get the LNG to its destination in a way that was economically feasible.

When it cannot be delivered by pipeline, natural gas is converted into a liquid at ultra-cold temperatures, transported by ship, and then turned back to gas for use as fuel. The philosophy in the LNG industry has tended to be “bigger is better,” said Sean Lalani, President of a Texas-based company called Eagle LNG. In recent decades, he explained, companies built increasingly massive vessels to carry LNG, which made sense for customers looking to produce thousands of megawatts of power, but not so much for anyone else.

“It actually made LNG less accessible,” Lalani said in an interview. “You needed more power generation on site to justify receiving such a big ship.” The installations needed to process the gas were super-sized accordingly, again creating economies of scale for the big players.

But in the past few years, according to Lalani, companies have been innovating and creating new efficiencies in plant construction, shipping, storage, and regasification. Turning the bigger-and-better approach on its head, they built smaller ships and introduced modular elements into the construction process.

“It really changed the game in terms of us being able to deliver world-scale LNG pricing from proximal sources to very small markets,” Lalani said. His company is building a facility in Jacksonville, Florida, that will liquefy natural gas, temporarily store the LNG, then load it onto vessels for export, for example to power plants in the Caribbean or Central America.

At its destination, the LNG has to be stored in subzero temperatures (-160° C) before it is converted back to gas for use as a fuel. One option now available to end users is to lease small ships as storage; another is to build a cryogenic storage tank at the site—Lalani describes it as “effectively a big thermos bottle”—which can be assembled on site from prefabricated components.

All the recent innovation has lowered costs significantly and put LNG within reach of smaller markets, Lalani said. “It unlocks that entire value chain.”

On the smallest scale, LNG can even be sold in containers that can be trucked to a site. That opens up the possibility to set up “virtual pipelines” to distribute LNG to small power plants, industrial facilities, or vehicle refueling stations, according to Shawn Bennett, Deputy Assistance Secretary for Oil and Natural Gas at the U.S. Department of Energy.

“Such a virtual pipeline, which doesn’t require regasification terminals or a physical pipeline network, is well-positioned to supply LNG to new users with limited infrastructure investment,” he said at a recent webinar sponsored by the Energy and Climate Partnership of the Americas (ECPA).

Panamanian Energy Secretary Jorge Rivera, the keynote speaker at the webinar, gave participants a concrete example from his own country. In Darién province, a remote area bordering Colombia, two small towns that are not connected to the national power grid are changing their 4 MW and 9 MW power generation systems to run on LNG instead of petroleum distillates. The LNG will be trucked in daily from the AES Colón storage facility “to produce energy in a way that is cheaper and more environmentally sustainable,” he said.

The Central American countries, which have long worked together through a regional electricity market, have a “golden opportunity” to develop LNG distribution networks, he said. The development of LNG-related businesses and services in the region can provide an economic boost—especially in a period of “post-Covid recovery, where investment is important,” he said.

In Panama, meanwhile, the AES Colón plant and other gas-fired generation projects on the drawing board are part of the national effort to diversify the electricity grid and prepare for the future. “That diversification of our grid brings with it the benefits of liquefied natural gas as an energy transition fuel,” Rivera said.

Several speakers at the webinar—called “Creating a Virtual Pipeline: Opportunities & Obstacles for Small-Scale LNG in Central America”—stressed the potential of LNG to play a transitional role in their economies.

“It is a bridge to a cleaner-energy future,” said Ambassador Daniel Gutierez, who represents Belize before the U.S. government and the Organization of American States (OAS). Belize’s “North Star points toward renewables,” he said, but “we cannot get to where we want to get unless we have the firm power that we need.”

Currently, most of Belize’s renewable power comes from hydro and from biomass, but both of those sources have been tapped close to their limit, he explained. “If we’re going to grow the intermittent power sources, it is absolutely imperative for us to look at firm power,” he said.

“That compass that we put towards a cleaner energy future goes quite in concert with the use of LNG,” Gutierez said.

Here are a few other takeaways from the webinar:

Lower energy costs can boost economic development. Wes Edens, CEO and Chairman of New Fortress Energy, noted that the benefit of replacing “antiquated or too-expensive or too-dirty power” can go beyond cleaner electricity. In Jamaica, he said, the move away from diesel and heavy fuel oil and toward natural gas in the past few years has contributed to upgrades in the country’s credit rating and lower borrowing costs. “It has a significant fiscal impact on countries,” he said.

In Honduras, an unreliable and expensive energy supply has historically limited the country’s opportunities to attract large industrial investments, according to Mauricio Kattan, Director of the Kattan Group, a family-owned Honduran conglomerate with interests in manufacturing and a range of other sectors. Most large energy users in the country now produce their own electric power and have made arrangements to sell the excess to the government-owned grid, he said. “Although heavy fuel oil or diesel have been the predominant choice, I believe it is time to consider small-scale LNG,” he said.

The market needs certainty. Despite the promise of LNG, there is still “zero infrastructure” to support its use in industry, and many questions have yet to be answered on issues related to equipment, environmental aspects, security, quality, permitting, and licensing, Kattan said. “All that needs to be crystal clear for end users to feel comfortable to adopt new technologies and adopt new fuels,” he said.

Strong regulatory frameworks are a must. Ariel Yépez, Energy Division Chief at the Inter-American Development Bank (IDB), stressed the need for countries to develop stable rules of the game “that should not change every time there is a change in government.”

“That is very important to enable certainty in the investment environment,” he added. Although the IDB does finance some energy projects in the region, private investment and commercial bank lending play a much bigger role, according to Yépez. “The value added that we can bring has been supporting countries to establish policies and regulatory frameworks to create conditions for private sector investments and sound energy sectors,” he said.