This press release from the energy ministries of Argentina and Chile was published using an automatic translation system.

A fruitful meeting was held in Santiago between the energy ministers of Chile and Argentina, Susana Jiménez and Javier Iguacel, respectively, who reaffirmed the political priority of both governments with energy integration.

The focus of the meeting was on measures to implement the Agreement Protocol for the export, import, commercialization and transportation of electricity and natural gas signed last April by Presidents Sebastián Piñera and Mauricio Macri.

The agreement establishes that these operations can be carried out provided they do not compromise the internal supply, do not affect the safety of the operation, nor the quality and reliability of the transportation and distribution services of natural gas and electricity of each country.

The first of this protocol is that it will allow international operations of electric power and natural gas, without the need to make a compensation or return of the energy resource.

“The energy integration with Argentina will mean enormous benefits for both countries, such as greater security and flexibility for our systems, and to begin a future regional energy integration in the southern cone,” said Chilean Energy Minister Susana Jiménez.

The authority highlighted that President Sebastián Piñera put the regional energy interconnection as one of the Mega Commitments of the Energy Route that drives the portfolio.

For his part, Argentina’s energy minister, Javier Iguacel, shared the progress made in this meeting: “Today we reaffirm the Argentine commitment to exchange energy with our sister country of Chile and with the region. To be exporters of gas and oil In October we will go back to export gas to Chile after 11 years “. 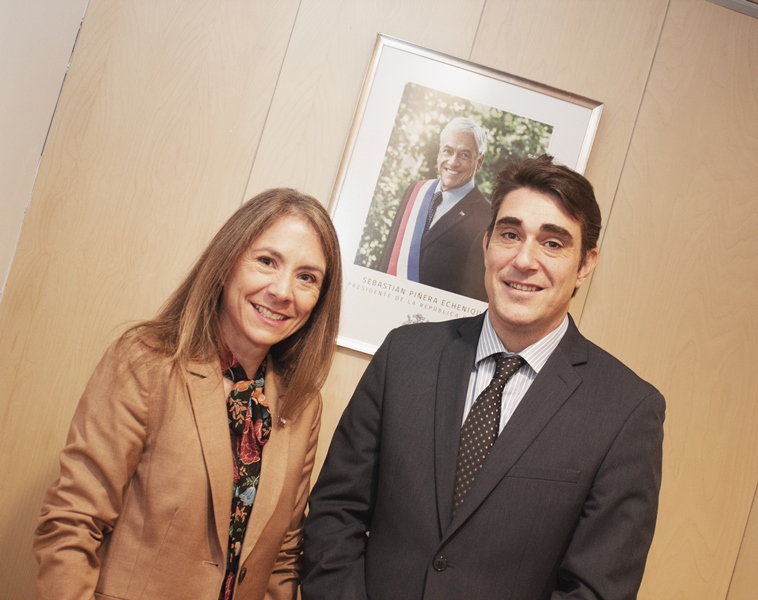 Import of gas from Argentina

This agreement already sees its first results. After the meeting of both authorities, it was possible to confirm the importation of unconventional natural gas from Argentina as of October of this year, in particular, from Neuquén through the Vaca Muerta field to the Biobío.

In addition, the state of unconventional gas production in the Austral Basin and the eventual exports of natural gas to the Magallanes Region were discussed, reaffirming Chile’s interest in having Argentine natural gas supply for the southern and southern zones.

“Greater integration in gas exchange can also be a good solution to address problems such as pollution in the cities of the center-south of the country, giving more options for the energy matrix for heating in that area, where firewood now predominates humid “, explains the Chilean minister.

“Vaca Muerta is going to give us gas in abundance so that both the inhabitants of Argentina and Chile enjoy a much cheaper gas, achieving a much cleaner, greener economy, with less pollution,” Minister Iguacel said.

The authorities also analyzed the details of the study initiated in April of this year, regarding the economic benefits of four new alternatives for interconnection of the Chilean electricity system with the Argentine system.

Today there is only one electric interconnection line between Chile and Argentina, which connects the Andes substation in Mejillones with the Cobos substation, in the province of Salta, in Argentina. In February 2016, Chile completed export of surplus electricity to Argentina, for a total of 102 GWh during 2016 and 36.25 GWh in 2017.

During the meeting, Jiménez and Iguacel also analyzed the scope of the Binational Working Table that was created within the framework of the last agreement on import, export and commercialization of energy resources between both countries. This body will focus its work on regulatory harmonization to govern the exchanges of energy resources between both countries and possible aspects of inter-institutional cooperation.